Got a problem with your liver? Don’t worry, we’ll grow you a new one…eventually. 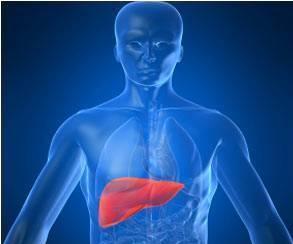 That was the message researchers from Wake Forest University’s Institute for Regenerative Medicine (WFIRM) gave to their audience at the American Association for the Study of Liver Diseases (AASLD) annual Liver Meeting over the weekend. The Wake Forest team had successfully created part of a liver using human cells. Sections of the organ were only 1-1.5 cm in thickness (around half an inch) but even this success was momentous. This is the first time that human cells have been used to grow a liver in a lab. The scientists acknowledge that there are still many technical hurdles before this technology could provide a human patient with a replacement liver, but the hope is certainly there. The Wake Forest team is among the best in regenerative medicine – including Anthony Atala, Shay Soker, and Pedro Baptista. Give it another decade (or less) and they could be growing you a new liver and swapping it for the one you drank into ruin.

As always when describing a scientific breakthrough as a ‘first’, we have to be careful to understand what Wake Forest actually accomplished. Recently, a team at Mass General Hospital grew new livers by seeding cells onto biological scaffolds (those scaffolds are created by stripping an organ of its cells). The new livers could be inserted back into a body and survive for a time. This experiment, however, was conducted entirely on animal tissue (rat scaffolds, rat liver cells). Wake Forest’s used very similar techniques, but grew human cells on an animal scaffold. That’s a key improvement, and a big step towards the ultimate goal of growing livers that could be used in humans. As we’ve discussed before, doctors have used the scaffolding technique to great success with simpler organs in human trials. In fact, a 10 year old boy had a new trachea grown in his throat using his own stem cells and a donated human scaffold. It’s probably only a matter of time before complex organs like the liver, lungs, and heart, can be replaced in a similar manner.

Getting to that point won’t be easy however. When making a bioscaffold scientists take an organ and wash it in detergents to remove its cells. What remains is a collagen ‘skeleton’ that new cells like to grow upon. For simple organs, like a windpipe, growing new tissue on the scaffold is easy. There’s really just one kind of cell, and they grow in a simple shape – a tube. The liver is considerably more complicated. The Wake Forest team used two types of cells, liver progenitor cells (from a human fetus), and endothelial cells (for vascular tissue). While many smaller vascular regions of the scaffold were destroyed in its creation, the new seeding cells could be delivered by the ‘portal vein’. Liver progenitor cells grew in good density in sections 1 to 1.5cm thick, and endothelial cells created vascular regions. The new organs grew in a temperature and nutrient regulated bioreactor, and were monitored for up to a week. Scientists at Wake Forest hope that they’ll be able to see the cells survive in vitro for longer periods of time very soon.

This is very promising work, but you only need to look at a few of the above facts to see how basic these newly grown organs really were. Your liver weighs several pounds, the small centimeter thick sections of the Wake Forest liver were around 0.2 ounces. There’s a lot more growth needed to create a functional replacement, and it won’t be as easy as simply allowing the liver cells to keep reproducing in thicker clusters. There are real concerns about how to get the cells to receive nutrients while in the bioreactor and to grow along the entire scaffold. Remember, they’re growing the vascular system at the same time using endothelial cells. Seeding cells through the portal vein’s only going to take you so far, it’s going to take some serious bioengineering to figure out how to grow a full human-sized liver.

We also need to address a limitation to the scaffolding technique – scaffolds have to come from somewhere. Wake Forest used an animal organ, but it may not be difficult to switch to human organs for future experiments. Successful surgeries for tracheas have used windpipes from deceased humans. Stripping these organs of cells to make scaffolds should mean that they can be used in any person without grave concerns of auto-immune rejection. Essentially, the scaffolding process turns anyone into a universal donor (more or less). That’s awesome and could save millions of lives all over the world. Still, using an old liver to make a new liver isn’t a net gain. It’s only going to work as long as the number of people who need livers is much smaller than the people who are dying. If we settle on this technique for organ replacement then a long term solution may also need to include some way to create synthetic scaffolds, or to successfully adapt animal ones for use in humans.

I bring that up because it looks more and more likely that we’ll be able to eventually replace almost every major organ in your body. Wake Forest’s Anthony Atala has already done some amazing work with bladders, and other tissues. Yale researchers are working on lungs (they got some newly grown ones to breathe inside a rat!), and we’ve seen some good results with hearts as well. This is all on top of the human lives that have already been saved using simple tissues like tracheas and veins. At some point in the not too distant future, people may simply be able to replace an organ as it fails. You could have an entirely new set by the time your eighty. That scale of use, however, does mean that we may need as many organs as people (or some relevant fraction thereof, even 10% would be huge).

As we watch Wake Forest and other research teams make these stunning breakthroughs in growing organs, we should keep in mind that it will take years for the most complex of them to make their way into human bodies. For a while thereafter, they will be used to supplement or replace traditional organ donation. Eventually, however, we’re all going to want some new organs. We’ll be increasing our lifespans in the future, and if you survive long enough it’s just a matter of time before you’ll need a new heart, lung, or liver. Organ supply problems aren’t going to go away even if they do get considerably better. But hey, no reason for me to be a buzzkill. Go ahead and revel in our current successes – it’s healthy for you.