By John Crawley:  WASHINGTON, Nov 16 (Reuters) – The Obama administration proposed on Wednesday doubling auto fuel efficiency to 54.5 miles per gallon by 2025, a White House energy priority that has come under scrutiny in Congress. 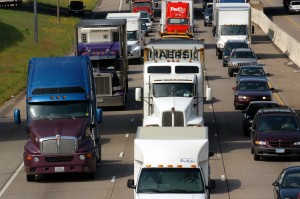 The plan grew out an uneasy agreement last spring between the administration, automakers and environmental groups to reduce U.S. dependence on oil imports and cut tailpipe emissions.

Regulators hope to finalize the proposal by summer following a 60-day public comment period. The administration wants to give industry five years to further develop fuel-saving technologies and plan products before the rule would start taking effect in 2017.

“We expect this program will not only save consumers money, it will ensure automakers have the regulatory certainty they need to make key decisions,” Transportation Secretary Ray LaHood said in a statement.

Current standards require automakers to raise efficiency from 27 mpg today to 35.4 mpg by 2016.

Targets beginning in 2017 would require a 5 percent annual fuel efficiency improvement for cars and yearly gains of 3.5 to 5 percent for light trucks, which include SUVs, pickups and vans.

President Barack Obama has made auto fuel efficiency a signature environmental and energy priority since cars and trucks account for 20 percent of carbon emissions and more than 40 percent of U.S. oil consumption.

But the role of federal environmental regulators and the state of California — a leader in efforts to reduce emissions — in developing auto standards has rankled the Republican-led House of Representatives.

Republican members of the Oversight Committee, who are scrutinizing Obama’s “green economy” agenda, have challenged administration assumptions on who can regulate gas mileage and emissions under federal law.

It is unclear whether the panel’s investigation would slow or derail the regulation, especially should Obama fail to be reelected next November.

Fuel efficiency improvements would save consumers an average of up to $6,600 in fuel costs over the lifetime of a model year 2025, but they would pay up to $2,200 on average for more fuel efficient vehicles, according to the proposal.

Because the regulation looks more than a decade into the future and automakers are pursuing a number of approaches to save fuel and reduce emissions, a mid-point review is required to determine whether the standards should be changed.