By Anthony Advincula:  Last Friday, Solar One and city officials announced the launch of a public school-wide competition that will award a total of $30,000 to schools that can achieve the most energy savings by next April. 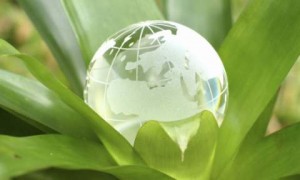 At M.S. 88 in Prospect Park, Brooklyn, hundreds of school children – most of them from sixth to eighth grade – poured into the auditorium on Friday morning. Their lesson for the day: saving energy.

“Turning the lights off is an important step,” said Kristin Compton, a pony-tailed 11-year-old girl, who sounded nervous as she spoke on the stage before the crowd. Her science teacher and three fellow students stood beside her.

“I unplug the computers before leaving the classroom,” said Angel Aguilar. With sense of pride in his voice, the 13-year-old added that he does the same thing at home after using his video games.

And when the school principal on a microphone asked who cares about saving energy and helping the environment, almost all the kids raised their hands in unison. The noise escalated in the auditorium.

These kids were among those taking part in a pilot program that facilitates the greening of their schools and communities. There are 30 participating public schools, including M.S. 88, across the city.

Led by Solar One, a nonprofit environmental education organization, in partnership with the Department of Education, the program – the Green Design Lab – aims to help Mayor Michael Bloomberg achieve his goal of cutting energy consumption in city buildings by about a third by 2017.

New York City has more than 1 million students in its public school system, housed in 1,200 buildings. Schools account for a quarter of the city’s energy use.

Last Friday, Solar One and city officials announced the launch of a public school-wide competition that will award a total of $30,000 to schools that can achieve the most energy savings by next April.

“You—students—are the key to success,” said Chris Collins, executive director of Solar One.

The project started last year with 10 participating schools. It has now grown to 30.

“We’d like to have 150 schools over the next three years,” Collins said.

John Shea, CEO of the NY Department of Education’s School Facilities, described the program as a great avenue for students to green their schools and, ultimately, become young ambassadors of environmental change.

He recognized some roadblocks ahead.

“The sustainability of this effort is very difficult. We may see some drop-offs, and that’s why we are trying it for a year,” Shea said. “It may be easy to achieve behavioral change for a month, but for a lifetime it would be challenging.”

Yet, Claudia Campoverde, a seventh-grader who was sitting with her two friends at the back of the auditorium, was up for the challenge.

“I’m going to make it a habit to turn off the lights when no one is in the room, and I won’t be scared to remind others in the class,” she said. “I just don’t want to waste our electricity anymore.”