6 Big HealthTech Ideas That Will Change Medicine In 2012

“In the future we might not prescribe drugs all the time, we might prescribe apps.”   Singularity University‘s executive director of FutureMed Daniel Kraft M.D. 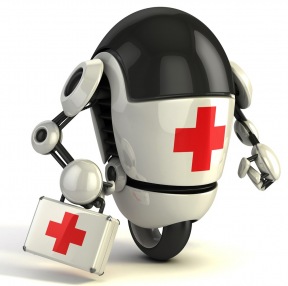 sat down with me to discuss the biggest emerging trends in HealthTech. Here we’ll look at how A.I, big data, 3D printing, social health networks and other new technologies will help you get better medical care. Kraft believes that by analyzing where the field is going, we have the ability to reinvent medicine and build important new business models.

For background, Daniel Kraft studied medicine at Stanford and did his residency at Harvard. He’s the founder of StemCore systems and inventor of the MarrowMiner, a minimally invasive bone marrow stem cell harvesting device. The following is rough transcript of the 6 big ideas Kraft outlined for me at the Practice Fusion conference

Siri and IBM’s Watson are starting to be applied to medical questions. They’ll assist with diagnostics and decision support for both patients and clinicians. Through the cloud, any device will be able to access powerful medical AI. 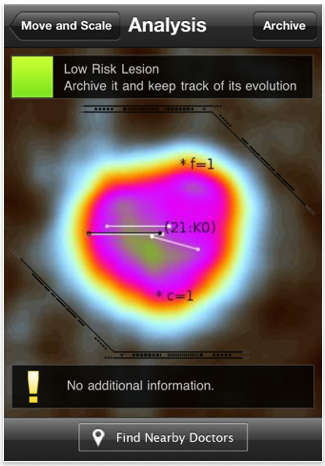 For example, an X-ray gun in remote africa could send shots to the cloud where an artificial intelligence augmented physician could analyze them. Pap smears and some mammograms are already read with some AI or elements of pattern recognition.

This has the potential to disintermediate some fields of medicine like dermatology which is a pattern based field — I look at the rash and I know what it is. Soon every primary care doctor is going to have an app on their phone that can send photos to the cloud. They’ll be analyzed by AI and determine “oh that mole looks like a dangerous melanoma” or “it’s normal”. So the referral pattern to the dermatologist will slow down.

On the plus side, there are consumer apps likeSkin Scan where for $5 you can take a picture of lesion and send it to the cloud, and it will at least give you an idea if it’s dangerous or not. If it is, it can help you find a nearby doctor, which could help dermatologists get more business. Many fields are going to change because of artificial intelligence, pattern recognition, and cheaper tests.

We’re gaining the ability to get more and more data at lower and lower price points. The primary example is the human genome and genomic sequencing. It cost a billion dollars or more 10 years ago to get a complete human sequence. However, the cost and speed of getting that data has dropped faster than Moore’s law to the point where it’s less than $5,000 when ordered online. From23andMe you can now get a cheap snip test, and it has a pilot program for $999 for a whole exam.

Maybe there were 10,000 patients sequenced last year. Next year it could be 100,000 and soon millions. A genome sequence could be the cost of a blood count today.  When that information becomes queryable in an a crowdsourced and cloudsourced way we can be more predictive about what you’re more likely to get based on your genomics. You can then take preventative steps or get screened more often.

So we’re pulling in huge data sets from low-cost genomics to proteomics (analyzing the proteins in the blood) to quantifiable self. The challenge is to make sense of that data and make it actionable information without making the patient or doctor overwhelmed.

I think we need to make smart dashboards like they have for fighter pilots. They would piece together data from ubiquitous sensors, like those made by GreenGoose, and Microsoft Kinect that can measure your activity around the house. It would be like the OnStar for your body that could give you clues about when you’re about to get in trouble, and it could call for help or guide you to appropriate therapy.

3D printing has been around for a while but now it’s being applied to medicine in ways such as being able to scan the remaining leg of a patient that’s missing one from an accident. It can then build a prosthetic leg with skin and size that matches. 3D printing is integrating with the fast-moving world of stem cells and regenerative medicine with 3D ink being replaced by stem cells. In the future we’ll probably use 3D printing and stem cells to make libraries of replacement parts. It will start with simple tissues and eventually maybe we’ll be printing organs.

Social networks have the ability to change our behavior. When you wireless weight scale shares metrics with your friends, you get praised for success and pressured if you’re not maintaining your diet. Social networks are also quite powerful for tracking and predicting disease. James Fowler, co-author of the book Connected is now working with Facebook to look at health data. Not surprisingly, the more friends you have, the earlier in the flu season you’ll get influenza. This could help predict when you’ll get the flu and let you take steps to avoid it.

We’re in the Facebook era, and are more open to sharing information in the healthcare spectrum. Individuals will share their whole history through services including PatientsLikeMe andCureToegether where patients with similar problems from migraines to Lou Geghrig’s disease will consolidate health information. This will enable improvements in clinical trials.

Genomera is trying allow for low-cost web-based clinical trial around any question. Practice Fusioncan also crowdsource that data from its electronic medical records. By collecting data from all the patients within a hospital or a region you can see trends and almost run clinical studies on the fly. For example you could see all the patients that have this gene and that are taking this drug, and determine if that drug is effective for them or not.

New communication platforms similar to a Skype or FaceTime will help you communicate differently with your clinician. Many of these things are basically already here. The challenge is often not the technology but the regulatory and reimbursement markets around them. If you’re going to be talking with your clinician on your iPhone you may need to do that in a HIPAA privacy protected way. The physician is also going to want to be paid for that in some way. They’re not going to want to get all your data every time you have a hiccup or look at your iPhone pictures of your rash unless there’s a way to get paid.

The regulatory system needs to adapt towards to becoming Accountable Care Organizations, which reward clinicians and healthcare plans for keeping patients healthy opposed to paying them to do extra procedures. This contrasts with a model of paying them for service like putting in stents and doing things after a problem has already progressed. Incentives need to be aligned and reimbursement needs to change to enable some of these new technologies to actually enter the clinic.

The ability to have your phone tie to your healthcare record and track medical metrics will have vast repercussions. Though some aren’t cleared for sale in US yet, devices like the Alivecor electrocardiogram can monitor your heart in realtime, send the data to the cloud, and allow your cardiologist to look at it instantly. Other devices are turning phones into otoscopes for looking in your ears, or glucometers for monitoring blood sugar.

Quantified self devices like the Fitbit, Jawbone Up, and more medically themed devices will take what you used to do dsin a clinic or hospital and bring it home. This will allow therapies to be tuned much more effectively than scribbling data on a piece of paper and bringing it in to your doctor months later.

Eventually these devices will converge into the equivalent of Star Trek tricorder that can perform a wide variety of medical functions. There’s even an $10 million X Prize proposed to reward the inventor of the first functional tricorder.

Unfortunately, the strict regulatory system and entrenched, interested of the United States are pushing innovation offshore. A lot of the work for using mobile phones for health care is happening in Africa and India. Since there are few physicians in some of these areas mobile health and telemedicine are taking off. For example, microfluidics allows multiple tests to be done on a small chip at pennies per test, with the ability to connect to the web for analysis. The US will need to find a way to solve these regulatory problems while keeping patients safe, otherwise jobs and revenue could slip abroad.
–
To learn more about what’s happening next in healthtech, check out Singularity University’sFutureMed 2020 program, watch Daniel Kraft’s Ted Talk, and browse our healthtech channel.

Daniel is Stanford and Harvard trained physician, scientist, inventor and entrepreneur. Daniel is the founder of StemCor Systems and founder and consulting chief medical officer for RegenMed Systems, a clinical-stage medical device company that develops tools to enable regenerative stem cell therapies. He is the inventor of the MarrowMiner, a minimally invasive device for the harvest of bone marrow derived stem and progenitor cells. This device is being commercialized by Hospira Inc. for use in bone marrow transplantation and by…