December 21, 2012: the end date of the sophisticated Long Count Calendar created by the ancient Maya in Central America. Countless books and websites, magazine articles and newspaper headlines debate its meaning, with enthusiasts in two camps: those forecasting apocalypse–the end of time–and those who see a coming renewal, a rebirth of consciousness.

Adding fuel to the debate, some scientists see the increasing number of natural disasters in recent years as evidence of a catastrophic climax of events in 2012. How much of what we’re hearing is science and how much is superstition? In this film the leading researchers, writers and scientists in the field tell us exactly what this date means to them, why it’s important, and what we should expect. 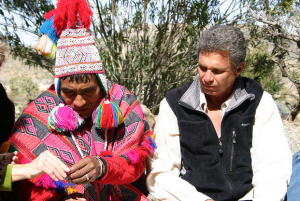