Felice Dunas on Sexuality, The Key to Life’s Vitality

is an international professional speaker, consultant and executive coach who has used her understanding of  behavior, the human body, and Ancient Principles to enhance the lives of individuals, couples, families, and corporate and health care industry CEOs for nearly forty years.

The basis of Felice’s teachings stem from ancient Chinese Medicine, and have been adapted to fit the modern needs of her patients, clients and audiences.  Born in Los Angeles and raised in a medical family, she showed an early interest in her field. Before earning a bachelor’s degree in Sociology/International Health Care from UCLA, Dr. Dunas served a three-year apprenticeship with noted Japanese and Korean acupuncturists. She completed her doctorate degree in Clinical Chinese Medicine and Pharmacology in 1988.

Felice Dunas is among the first non-Asian acupuncturists in the United States. Having worked in her field since 1974, Felice is a senior practitioner who has developed an extensive private practice in the Los Angeles area utilizing both Western and Oriental medical techniques. She recently won the coveted “Acupuncturist of the Year” award, the highest honor given by her profession, for her clinical and teaching skills and for single-handedly introducing the subject of human sexuality to the Oriental Medical profession in the United States.

Felice is the author of the best-seller Passion Play: Ancient Secrets For A Lifetime Of Health And Happiness Through Sensational Sex, now published in nine  languages. 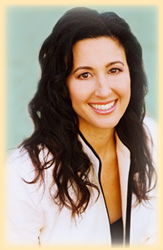