by Andrea Kates: Every time I meet an especially fit person, I’m prone to ask them, “What’s your secret?” I also have to admit that part of my fascination with biographies of accomplished individuals stems from a very basic urge to discover what it was they did that I could do to yield the results they achieved.  Would an “early to bed, early to rise” lifestyle transform me into a renaissance man like Ben Franklin? Would adopting a vegetarian diet help me become more Gandhi-like?

So, when I read Walter Isaacson’s 630-page book, Steve Jobs, I sought answers to the basic question, “Which combination of intakes fed his appetite for invention and yielded the type of talent that many of us would like to emulate?” In other words, what was the Steve Jobs “diet”?

What do business leaders working for large companies need to understand about how he juggled diverse groups of talented individuals to drive relentlessly toward a new vision? How can entrepreneurs and mavericks craving an insider’s view of what it takes to spurn traditional rules “eat what Jobs ate” to transform their garage band level ideas into innovative products with mass appeal? And what can everyone with even a touch of pirate within include in our daily regimen to fuel our never-ending, Steve Jobs-like zeal for invention?

Without attempting to over-simplify a complex life or reduce a 630-page book into too handy of an at-a-glance list, let me present what I believe comprise the basic elements of the Steve Jobs “diet”—the core ingredients that seem to have fed Jobs’ inner engine:

1. Love of tinkering. From a very young age, Jobs sat at his dad’s side at the car-fixing workbench. He migrated to tinkering in the world of electronics, cutting his teeth on assemble-it-yourself kits for making ham radios and “other electronic gear that were beloved by the soldering set.” Being situated in Silicon Valley exposed him to neighbors who worked in holographs, lasers, and other new technologies and a high school teacher who introduced Jobs to transistors, coils, and circuit boards.

2. Dues paying. Despite a reputation for being an overnight sensation or a rule-shunning maverick, the truth is that Jobs paid his dues. He gained experience (working for minimum wage or worse) at companies like Hewlett-Packard and Atari where he was witnessed the early days of computing and game design and began to understand the link between technology and consumer preferences. For example, Atari’s Star Trek game was reportedly so simple that the only instructions were, “1. Insert quarter 2. Avoid Klingons.” Those lessons informed Jobs’ eventual views on elegant, intuitive product design.

3. Seeing the world in binary terms. Steve Jobs had a reputation for being harsh and quick to judge. The dark side of that tendency was an interpersonal style that we might not want to include in our daily diets—being overly dismissive of people considered to be “bozos” and being described as caustic and aloof. The bright side of a black and white view of the world is a clarity of focus that seems to have led to remarkable results—he could call a failure a failure and aggressively redirect resources and attention toward the projects that he viewed as true winners.

4. Immersion in the inventions of others. Jobs never claimed to be a master inventor, but he trained his instincts to sense the potential of a good idea when he saw one. He’s been accused of lifting other people’s ideas (for example the iPad, whose design was heavily inspired by a tablet already in production by a competitor), but the fact is that Jobs’ immersion in invention did train him to recognize a good thing when he saw it.

5. Not taking the conventional for granted. Picture Steve Jobs in the midst of a world of electronics insisting that none of his devices be equipped with on and off switches—he had a new vision for the role of technology in our lives and an off switch was too harsh of a transition away from a device.

6. Looking beyond “it can’t be done”. Instilling a sense of urgency and possibility into invention and processes. Steve Jobs was famous for challenging people who said “no” to a request to stretch technical capabilities, like asking an engineer responsible for what Jobs considered too slow of a boot time of a computer, “What if it could save a person’s life…could you shave 10 seconds off the boot time?”

7. Rattling the cages of engineers. Respecting the allure of design. And cross-pollinating the two. He charged teams with what seemed to be impossible with directives like, “I want to make a tablet and it can’t have a keyboard or a stylus.”

8. A-Team standards for people and products. Jobs knew A-Team talent when he saw it and would never compromise.

9. Inventing ahead of customer demand. Knowing not to invent to a customer request–which would have led Ford to train a faster horse instead of creating the Model T. Instead, Jobs intuited the customer craving that hadn’t yet come to light.

10. Thinking “different”. Embracing the courage to go where no one else has gone.

All of our talent metabolisms are different, and following the Steve Jobs diet won’t guarantee results like his—as Isaacson describes it, “…launching a startup in his parents’ garage and building it into the world’s most valuable company.” But, there is no arguing that the ten minimum daily requirements of his diet are a perfect start to building a complete regimen of habits, skills, and experiences that will equip us to drive hard toward our own business visions. And we can tip our hats to the spirit of Jobs that has already redefined the playing field for decades to come. 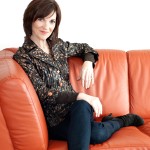