25 Facts You Should Know About Your Gray Matter

Your brain plays a role in everything you do, from writing a sonnet to scratching your ear, but you likely don’t spend much time on a daily basis thinking about what’s really going on up there. While you might not always be conscious of it, your brain is a busy organ, storing memories, letting you feel pain and pleasure, and reacting with lightning speed to eternal stimuli, all while keeping the basic bodily systems running smoothly. Even if you’re not majoring in the biological sciences, learning more about the brain can just be incredibly interesting and perhaps even entertaining. Read on to learn some fascinating facts about your brain that might just motivate you to give it the respect and TLC it deserves. 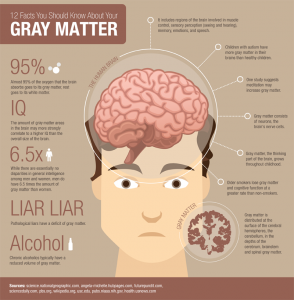