7 Heart-Healthy Behaviors That Could Help You Live Longer

Despite the fact that we are all generally aware of heart-healthy behaviors — things like not smoking, eating well and exercising — just a little more than 1 percent of the U.S. population abides by the seven key behaviors linked with a longer life, according to a new study. 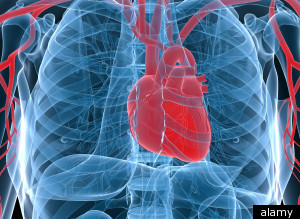 “As diabetes, obesity and sedentary lifestyle are on the rise, it is crucial that we establish and reinforce these parameters in every individual,” Dr. Suzanne Steinbaum, director of women and heart disease at Lenox Hill Hospital and a spokeswoman for the American Heart Association, told Everyday Health.

“With the American Heart Association’s goal to reduce the incidence of cardiovascular disease by 20 percent by the year 2020, these health metrics are critical in determining the best course of action by both patients and doctors to prevent heart disease,” Steinbaum told Everyday Health.

According to the Centers for Disease Control and Prevention, heart disease was responsible for nearly one in four deaths in the United States in 2008. The CDC also reported that heart disease is the No. 1 cause of death among American men and women.

In a related editorial also in JAMA, Dr. Donald M. Lloyd-Jones, M.D., Sc.M., of the Northwestern University Feinberg School of Medicine, noted that the studies show that “the face of ideal cardiovascular health is a young, educated white woman,” and that as kids grow up many of them may adopt negative lifestyle behaviors that then increase their heart risks.

Lloyd-Jones wrote in the editorial:

Thus, the nature of the problem transcends the health care and public health systems, and solutions must also come through improvements in the built environment and better access to healthy foods and activity, which should reduce alarming disparities in cardiovascular health.

Seven factors that are linked with living longer lives (and lower heart risks): 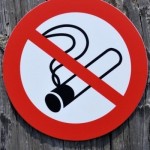 1. Not Smoking:  While not entirely surprising, it doesn’t make the message any less important: Smoking kills. The habit is considered the No. 1 cause of preventable death and sickness in the U.S.

Specifically, smoking cigarettes harms the heart in that it damages heart and blood vessel function, thereby upping the risk of atherosclerosis (where your arteries harden), according to the National Institutes of Health. 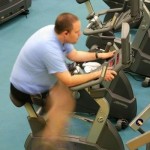 2. Being Physically Active:  Aerobic exercise is good for the heart in that it makes you take in more oxygen, helps you keep to a healthy weight, reduces plaque buildup in the arteries and helps to lower blood pressure, according to the Mayo Clinic.

According to the Centers for Disease Control and Prevention, adults are recommended to get at least 150 minutes of aerobic exercise a week (moderate to intense level), and also do muscle-strengthening at least twice a week. 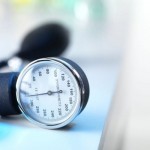 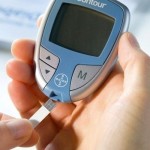 4. Maintaining Normal Blood Glucose Levels:  Having chronically high levels of glucose, a kind of sugar, in the blood can lead kidney and blood vessel damage, according to WebMD.

Insulin, a hormone in the body, is responsible for helping the body’s cells to use glucose in the blood. However, if the body doesn’t have enough insulin or isn’t able to use it properly, thenblood sugar levels may rise, according to the American Diabetes Association. High blood sugar is considered a diabetes complication.

Tests to check for high blood glucose can help show whether a person has diabetes, and are used to monitor someone with diabetes over time, WebMD reported. 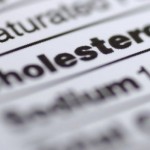 5. Maintaining Normal Total Cholesterol Levels:  High cholesterol is a known risk factor for heart disease, because it causes hardening of arteries going to the heart, according to the National Institutes of Health. When part of the heart is deprived of blood, it could trigger a heart attack. 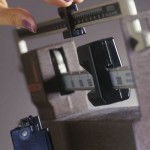 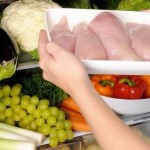 7. Eating A Healthy Diet:  While there are obviously differences in opinion depending on who you ask as to what you should or shouldn’t eat for optimal health, there are some heart-healthy nutrition rules that remain true across the board. The Mayo Clinic reports that eating a diet low in cholesterol and “bad” fats (saturated and trans fats), with low-fat proteins (like lean meats, fish and beans), whole grains (with lots of fiber), and little sodium is good for your heart.

For more nutrition advice, click over to the Mayo Clinic.