Bhagavad Gita: You Are Not The Body

When I first came across this concept, in the Bhagavad Gita, about 20 years ago, I was immediately fascinated by it. Not being subjected to birth, old age, disease and death got my attention. It’s safe to say that no one is looking forward to these aspects of life. 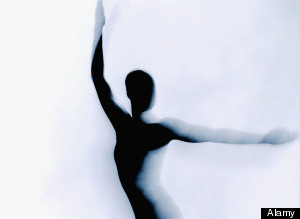 We do our very best to avoid old age, disease and death, but to no avail. We don’t want to look or get old and the proof of this is in the hundreds of billions of dollars that are spent by the cosmetic and pharmaceutical industries in trying to preserve our youth and vigor. We’ll do just about anything to keep on looking young — stretch, pull, nip, tuck — whatever it takes. It’s an attempt to have eternal youth.

Disease and death are no-brainers. No one wants to die and as Steve Jobs said it so wonderfully: “Even people who want to go to heaven, don’t want to die to get there.” We experience so much pain in this life when we lose something of value. Losing even little things such as a pair of jeans or a phone can cause pain and disturbance to our lives. What to speak of losing a loved one which can leave us despairing for years. Death is that moment that rips us away from everything that we hold dear, all at once! It’s quite difficult to imagine how painful that must be.

If we consider the process of birth with some thoughtfulness, I’m pretty sure we’d want to avoid that too. Getting your whole body and head squeezed out over hours and hours seems like nothing less than torture. It’s no wonder that we come out of the womb and into the world screaming at the top of our lungs.

Chapter two of the The Bhagavad Gita explains:

Yes, it’s a very difficult paradigm to digest, even if you were raised with a belief in the soul. Basically, it’s telling us that when we’re looking into a mirror, we’re not seeing the real person. We’re only seeing the exterior covering. The real person is sitting within the body. The body is often times described as a vehicle and the soul as the driver. A vehicle can’t function without the driver. The soul is seated in a vehicle made not of metal, but of flesh and bones. The eyes are like the headlights and the arms and legs like the wheels which allow for motion. And like most vehicles, ours also comes with an exhaust pipe. Personally, I live in an Asian-Indian 1972 model. What’s your make and model?

It’s explained within the Upanishads that the soul is one ten-thousandth the size of a tip of hair. TheBhagavad Gita describes the soul as, “invisible and inconceivable…unbreakable, insoluble, and can be neither burned nor dried.” The Upanishads also explain that the soul resides in the region of the heart.

I sometimes get asked “if someone gets a heart transplant, are they also getting a new soul?” The answer is no. The soul is in the region of the heart but doesn’t move if the heart is removed.

The soul is the spiritual spark that creates consciousness. It can also be said that it is consciousness. Without the soul, the body is just a lifeless lump of matter that starts decaying and loses all attractiveness. We have to admit that no matter how close we were to someone, once the soul leaves the body, we’d prefer not to hang around the body for too long.

Recognition of our spiritual identity doesn’t translate into indifference towards one’s own or others’ bodies. The body is a very important vehicle. It can’t be neglected as it serves as the vehicle for the soul and it takes the soul to its next destination. That destination can either be another material body or liberation from the cycle of birth and death.

Of course, liberating the soul from being entangled in the body is no easy task. It takes a regulated and committed spiritual endeavor of meditation and certain lifestyle changes to achieve that goal. For those who have come to the realization that the material body isn’t their permanent home and that they need to transcend this cycle of birth and death, will aspire for such a commitment. When I had this realization, I started taking small steps towards reuniting the soul with God. I know I have a long way to go, perhaps even several life times, but in my opinion, it’s a worthwhile endeavor.