In the US, the loss of landscape and wildlife to hydropower has made the installation of major new dams very unlikely; in fact, the government is seriously considering removing a number of existing ones, and has recently dismantled some smaller ones. 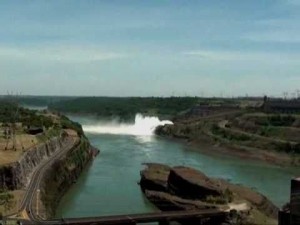 But two reports by the Department of the Interior suggest that this doesn’t mean the end of new hydropower in the states. The DOI has gone through its catalog and identified existing dams and canals that could be fitted with generators, and found the potential for up to 1.5 million megawatt-hours annually.

The Obama administration has decided to take what has been termed a portfolio approach to reducing the country’s reliance on fossil fuels (the DOI calls it “all-of-the-above”), expanding nuclear and hydropower while fostering the wider use of wind, solar, and geothermal power. Hydropower would seem to be the most difficult to expand, given the problems seen with dams on the West Coast (loss of local fisheries) and the rapidly dropping water levels at the dams based in the western interior.

But a 2011 report identified large numbers of dams that are already in place, but not generating their full potential, or aren’t producing electricity at all. Now, the Bureau of Reclamation has gone through its full catalog of canals, drainage sites, and water tunnels. Anything that had a drop of five feet, could generate 50kW or more, and had water for at least four months of the year was considered. These total up to about 350,000 megawatt-hours annually. Add that to the figure from the dams, and you get the 1.5 million megawatt-hours figure. All of that without disrupting the environment any more than it already has been.

Overall, the figure isn’t overwhelming—Glen Canyon dam alone produces more than this, and it’s actually one of the smaller dams in the region. But that’s the advantage of a portfolio approach: every little bit helps.