According to yogic philosophy, kundalini is a spiritual energy or life force located at the base of the spine. It is conceptualized as a coiled up serpent. 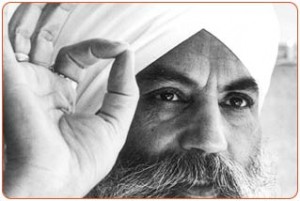 Literally, kundalini or kundala is that which is coiled (Sanskrit kund, to burn; kunda, to coil or to spiral). It is believed that Kundalini yoga is that which arouses the sleeping Kundalini Shakti from its coiled base through the 6 chakras, and penetrate the 7th chakra, or crown. This energy is said to travel along the ida (left), pingala (right) and central, or sushumna nadi – the main channels of pranic energy in the body. This process can be seen depicted even today in modern medical iconography as two snakes spiraling a central staff, and although the origin of this image is more directly derived from the Caduceusof the Greek god Hermes, it may express the same or a similar principle.

Kundalini energy is technically understood as being sparked during yogic breathing when prana and apana blends at the 3rd chakra (naval center) at which point it initially drops down to the 1st and 2nd chakras before traveling up to the spine to the higher centers of the brain to activate the golden cord – the connection between the pituitary and pineal glands – and penetrate the 7 chakras. Yogi Bhajan has also described the aura as a supporting 8th chakra which he claimed is essential for integrating and containing the energy and effects of the Kundalini energy through the 7 chakras and allowing this energy to safely manifest in the body.

Borrowing and integrating the highest forms from many different approaches, Kundalini Yoga can be understood as a tri-fold approach of Bhakti yoga for devotion, Shakti yoga for power, andRaja yoga for mental power and control. Its purpose through the daily practice of kriyas and meditation in sadhana are described a practical technology of human consciousness for humans to achieve their total creative potential.

According to one school of thought, there being four main forms of yoga, Mantra yoga, Hatha yoga, Laya yoga and Raja yoga; Kundalini yoga is really considered a Laya yoga. Yogi Bhajan refers to Kundalini yoga as a Laya form of yoga and taught many Laya form practices in his compilation of Kundalini yoga.

Mainstream traditions propose that kundalini energy can be awakened and enlightenment attained by practicing a combination of yogic techniques—ideally following the guidance of a certified teacher—including the use of mantra, prana and breathing techniques, sadhana, asana practice, meditation, or purely through devotion and prayer.

According to some Hindu traditions, Kundalini yoga is considered a highly developed spiritual awakening which relies upon a technique called shaktipat to attain enlightenment under the guidance of a spiritual master.

The path of Kundalini is said to proceed from the Muladhara Chakra at the lower end of the spinal column up to the Sahasara Chakra at the top of the head. But its awakening is not thought to be a physical occurrence; it consists exclusively of a development in consciousness. According to some claims, awakening of kundalini brings with it pure joy, pure knowledge and pure love.

The word ‘Kundalini’ can be traced to the Sanskrit word ‘kundala’, which means ‘coiled’. Kundalini can therefore be used by believers to refer to the latent energy within the human body which is constantly trying to manifest as our insight, power and bliss.

According to one author, the word kundalini literally means “the curl of the lock of hair of the beloved.”.  It is a metaphor, a poetic way of describing the flow of energy and consciousnesswhich already is said to exist within each person.