by Peter Murray:  Scientists are doing their best to give us the gift of immortality. The latest in the fight against ever dying is a gene therapy that gives mice a healthy dose of telomerase, the enzyme that keeps our chromosomes – and thus our cells and bodies – “young.” 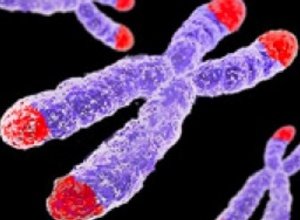 The therapy extended the lifespans of mice by 24 percent and, at least so far, the therapy appears to be completely safe.

As we age the dying cells in our body are replenished through cell division. But with each cell division the bits of DNA at the ends of chromosomes – the telomeres – deteriorate. At some point the shortened telomeres signal to the cell that it’s time to stop dividing, leading to tissue degradation – one of the hard facts of life for the now aged cells. But now scientists have given cells a kind of molecular fountain of youth – at least in mice. They injected the mice with the telomerase gene which then slowed the cellular aging process by extending the dwindling telomere ends. They gave the gene therapy to one year old mice, considered adults, and two year old mice, considered old. The lifespan of the one year olds were extended by 24 percent, the two year olds by 13 percent. Not only did the mice live longer, but they reaped beneficial effects across a range of conditions associated with aging including insulin sensitivity, osteoporosis, and physical coordination.

An inactive form of telomerase had no effect on lifespan, confirming that its telomere-lengthening enzymatic activity was crucial. The study was led by María Blasco at the Spanish National Cancer Research Centre and published in EMBO Molecular Medicine. The treatment involved replacing the genes of a virus with the gene for telomerase. This viral vector had several advantages. First, viruses are good at getting into the body and infecting a large number of cells. Inserting telomerase into a small handful of cells won’t have much impact on an organism’s lifespan. Second, the gene remains active for years. And lastly, the viral DNA did not insert itself into the DNA of the mouse cells. Past attempts at gene therapy that work this way run the risk of insertion errors that turn the cell into a tumor, as was the case in the trial which caused leukemia in two of nine participants testing a gene therapy for “bubble boy disease.”

Longevity through telomerase is nothing new. Adding telomerase to human cells in cultureallowed them to extend their lifespans by at least an extra 20 divisions. And mice genetically engineered to make telomerase lived 40 percent longer and showed improved glucose tolerance, coordination, and less inflammation compared to normal mice. But genetically engineering people isn’t an option (yet), so a treatment form of telomerase such as the injectable virus in the current study – extending the lifespans of adult and old mice – is a much more conceivable approach.

Aging is a complex process with lots of components, many of which we might not even be aware. But if telomere shortening is really so powerfully rate-limiting to our lifespans, then it could turn out to be as close to a silver bullet for longevity as we’re likely to find. Maybe telomerase treatments could buy us those extra years crucial to reaching Aubrey de Grey’s “longevity escape velocity” beyond which new treatments will save us from the disease of death – indefinitely.