Be a Good Listener: Possible only after you have come home to yourself

by Joan Borysenko, Ph.D.) One of the greatest gifts you can give to another person is listening. 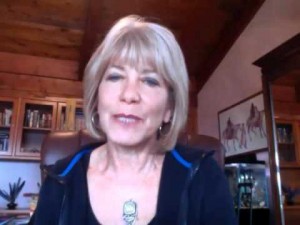 (Exerpted from Chapter 45 of Inner Peace for Busy People.  That simple act of kindness affords them the opportunity to share their thoughts and feelings. That’s an important part of how we learn more about ourselves and develop a stronger sense of self. The bedrock of emotional health is the loving attention of our caregivers when we’re babies. Infants in foundling homes whose needs for food and shelter are met, but whose feelings and verbalizations are not responded to, often develop failure-to-thrive syndrome. They become physically stunted and emotionally hardened.

But our need to be mirrored and responded to by other people doesn’t end with childhood. It’s a powerful emotional drive. Even as adults, being able to talk things through affects our bodies as well as our minds. An interesting study performed by psychologist James Pennebaker at Southern Methodist University showed that when people express their feelings to a shower curtain, their immune systems grow stronger. If talking to a silent plastic sheet provides so much benefit, just think of the impact that a live, loving listener can make.

When I was training to be a therapist, we had to do a fascinating exercise in pairs. One student played the role of the client, the other of the therapist. The client had to speak for 20 minutes. The therapist’s job was to listen intently, without interrupting. Whenever we had the urge to say something, we were instructed to ask ourselves what was behind the impulse to talk. Did we want to make an empathetic comment, give advice, share an insight, or get clarification or further information?

The class noticed that the urge to interrupt often stemmed from the desire to reassure the speaker that we were interested. Other times we just wanted to hear ourselves talk, or say something to appear smart and competent. Or perhaps we needed to relieve our own anxiety. That, of course, is not the role of a therapist. Overall, we concluded, most of the impulses to interrupt the client were better nipped in the bud.

The experience of being listened to without interruption was also a real eye-opener. My classmates reported almost unanimously that they felt accepted and understood by the silent listener. Because they had been allowed to keep talking, deep and often surprising insights had the chance to emerge. Without being cut off or redirected, a lot of us tapped in to a level of feeling and perception that was rare and valuable. Not a single person felt discounted by the lack of verbal response. In fact, we felt singularly appreciated.

Listening is a powerful form of communication. While the mouth is still, the heart can speak volumes about how much you care. I learned that lesson again when I sat with dying people. At first, I felt like I was supposed to say something comforting or wise. Sometimes I chattered just to relieve my own anxiety. Finally, I realized that just sitting with someone silently—even when they were not talking—was still a form of listening. In your silent watchfulness, you become a safe space, one of love’s most profound expressions.

Listening is an uncommon skill in our busy world. I recall an insightful cartoon that showed mourners at a funeral. The caption read something like: “So sorry for your loss; now back to my own problems.” I’ve been guilty of that kind of self-absorption many times. And the busier I get, the more I need to guard against it. Several times while writing this book, feeling pressed to make the deadline, I caught myself turning back to the computer just like an iron filing is drawn to a magnet, when someone wanted to talk.

While we can’t be expected to drop everything we’re doing and listen to whoever asks for our attention, we can give them the courtesy of telling them when we’ll be available. That’s a much kinder response than pretending to listen while continuing to read the paper, working at your computer, or watching television. Everyone occasionally responds with a distracted “uh-huh” when they’re not really listening, but making a habit of doing so discounts and dishonors people. When my husband, Kurt, complains that I’m not listening I take the feedback seriously because I know that my behavior will ultimately take its toll on our love.

This week, concentrate on being a good listener for other people so that they can be themselves. When they’ve expressed themselves fully, try asking questions that draw them out a little more. How did they feel when the boss started talking about lay-offs? What else was going through their minds? When you ask questions that stimulate further thought and emotional expression, you’ll eventually find yourself on sacred ground. Both of you will have insights that are surprising—those that neither of you could have had alone. That’s the magic of listening.