Nokia and the X PRIZE Foundation have teamed up to launch the Nokia Sensing X CHALLENGE, which will award $2.25 million to a team that develops the most innovative biosensors. 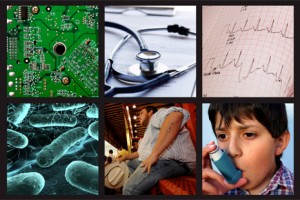 The winner will be chosen by a non-partisan judging panel of industry experts. The competition will be divided into a series of three events, which will take place over the next three years. The winners of each competition will be the teams that submit best in class technology as determined by a non-partisan judging panel of cross-functional industry experts.

The award could help usher in an age where consumers are able to wirelessly monitor a variety of health metrics ranging from their pulse rate to their brain waves, which will be beamed to a user’s smartphone, putting that data in the palm of their hand.

There is a good case to be made for the potential of improved patient monitoring to improve outcomes. FCC chairman Julius Genachowski recently spoke to that point at a press conference, explaining that a monitored patient has a 48% chance of surviving a cardiac arrest while the survival rate for unmonitored patients was 6% chance.

The award joins the Qualcomm Tricorder X PRIZE and the Archon Genomics X PRIZE as the third active life sciences competition from the X PRIZE Foundation.

To learn more about the competition,MD+DI editor at large Brian Buntz spoke with Peter Diamandis, MD, chairman and CEO of the X PRIZE Foundation. Diamandis explains that the rate of progress in medicine is growing exponentially, and there is no way that we can keep up with that by preserving the status quo. This issue is important in the training of physicians as well. Not only does it take a long time to train doctors, but, as Diamandis explains in his book,Abundance, much of what is learned is eventually irrelevant. It is a common refrain heard in medical school: “five years after graduation, half of what one learns will probably be wrong—but no one know which half.”

In this interview, Diamandis talks about this issue and a number of other topics related to how he envisions the future of healthcare.

MD+DI: How do you envision the future of health sensors and sensing technologies?

“In the future, you will have the data and the data analysis to become the CEO of your own Health.”

Peter Diamandis, MD: Today, my car, my airplane, my computer knows more about its health status than I do, which is insane. The future is one in which the fundamental health parameters of my body are constantly being monitored 24/7 as well as the air I breathe, the food I eat, the environment I walk through. There are no more excuses for not knowing about something. You have the data and the data analysis to become the CEO of your own health. In the future, you know the instant things start to go off kilter and you have the ability to intervene early. Those sensors and mechanisms for sensing are integrated into platforms like the Qualcomm tricorder and, ultimately, empower the individual because, today, healthcare is at best a few bytes of information that you get once a year when your doctor gives you their analysis.

MD+DI: How do expect this competition to lead to cost savings in healthcare?

Diamandis: Today, if you are at home sick at 2:00 a.m. in the morning, you basically have one option: go the emergency room. That’s insane. We are living in a society that has an overtaxed, overbloated, bureaucratic healthcare system that is taking up 15% of the U.S. GDP—$2 trillion. We also don’t have enough doctors to handle our needs. It is projected by 2020 that we will be short 91,000 doctors in the United States. And there is no way we can possibly educate that many physicians. And then, on top of that, even if we could, a human doctor just can’t cut it in today’s technological world. At best, a doctor is a gateway to subspecialists or technology tests. Ultimately, what we are talking about here by offloading an already overburdened system where someone who is at home who has the common cold doesn’t enter the medical system in the first place. You make the medical system more efficient by taking away inappropriate use of it.

The second thing, of course, is that the majority of our healthcare dollars are spent chasing the [proverbial] horse down after it has left the barn. Meaning, helping to ameliorate a medical condition after it has massively progressed instead of preventing it in the first place or handling it in its early days. Shifting the curve for healthcare to preventative or early-stage amelioration is critical.

The third part of this is actually environmental monitoring that prevents you from being in harm’s way. This can help you understand what you are eating, drinking, and breathing. Understanding the environment that you are in is part of the equation here.

Symantec has new antivirus software that would effectively assess a computer’s vulnerability. It would be able to look at which websites that computer cruised to, what software was on it, and be able to say which websites kept you safest and which had the highest degree of “risky business,” so to speak. It would also anonymize that data. So that is fascinating. What can’t that happen with us as well?

MD+DI: To what extent do you foresee technology filling the roles traditionally played by doctors?

“I think that the roles of doctors are going to change significantly over time.”

I think that, in the short term, human intuition remains a very powerful tool. But I think that ultimately, technology will displace even that. Having enough data and enough analysis will allow us to do much better job.Diamandis: I think that the roles of doctors are going to change significantly over time. I can’t tell you the answer how or where. There are those people who are going to want to stick to their GP and that is fine. Just like there are people who don’t like to use a cell phone or e-mail. You don’t have to use technology; it just may be a detriment to your long-term health and survival not to.

And of course, having human physicians hold your hand and help you understand the implications of things may be a better solution for some things than talking to a disembodied computer. But the information you ultimately get might be the same.

MD+DI: Will those in the competition work with the FDA and the FCC to address regulatory issues?

Diamandis: Now you are getting to the interesting thing. One of the biggest challenges we face in this industry is regulation. True breakthroughs require taking tremendous risk. It is very difficult for government regulations to allow for these kinds of risky breakthroughs. I talk about the fact that it may well be that some of the top technologies that can transform the healthcare industry will debut first in the developing world way before they do here. Because there is not the same regulatory hurdles that these companies have to follow. How a slow and cautious regulatory infrastructure accommodates exponentially accelerating technology base is an X PRIZE in itself.

MD+DI: What can you tell me about the criteria will be used to judge the winner?

Diamandis: We are going to be holding this competition over the course of three years. There will be a panel of judges and a general public component. We haven’t announced the details around this yet but our goal is to attract the hundreds or thousands of entrepreneurs and teams out there who have new approaches for sensing technologies that help our health. It is going to be the traditional lab-on-a-chip technologies, it may be RNA and DNA analysis of pathogens. But it will also be areas in our environment and biophysics.

We are really broadening the “net” of the data we are collecting that influences and affects your health. Our goal is not only to award winners the cash but to give them global recognition such that it helps accelerate their company and their technology development. Of course, this is all a function of really creating the ecosystem that will give birth to the winning Qualcomm Tricorder X PRIZE teams. I expect that every year when we hold this Nokia X CHALLENGE competition, we are going to have a lot of these sensing teams that will also compete as members of the Qualcomm Tricorder X PRIZE team. They may form their own teams or merge together to form teams. We are really trying to accelerate the future of how these technologies get recognized, utilized, standardized, and accepted.