The Matrix is real… and everyone here at NASA for the GSP has taken the red pill. 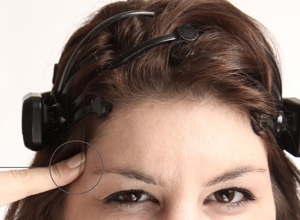 If you recall in the movie, Neo is startled, puzzled, and quite frankly scared when Morpheus first introduces him to the reality of reality. But here at Singularity University, the participants have hit the ground running, as if they’ve known this to be their fate all along.

During our introduction to the program, CEO Rob Nail (acting as Morpheus) explained the importance of having an open mind throughout the experience and embracing the unknown. He showed us a blurry black and white image (seen below). Those vetted in cognitive neuroscience may have seen this optical illusion before, but initially most people in the crowd were not able to make sense of the noise on screen. The trick is to momentarily highlight the picture (a dog), which essentially implants the image into your mind. For all of eternity, when you go back to that same image you will clearly see the dog (that previously did not seem to be there). Nail explained how this mini-experiment physically rewires the brain, and that the students should expect much more dramatic shifts in their neural chemistry during the coming weeks.

During the program, there are two key principles that juxtapose everything we learn: exponential technologies are powerful, and this power can be harnessed for good. Next week is our Global Grand Challenge Week, and we will be exploring the world’s problems and potential solutions; but this week was all about adjusting our perspective to start thinking exponentially, and learn to intuit the law of accelerating returns, and its impact on all these different fields.

In doing so, it becomes apparent that thinking about the future is truly a brain teaser. Because we are products of billions of years of evolution, we are tuned to think linearly – but the fact is, these are exponential times – and our minds are lost in translation. In his book What Technology Wants, Kevin Kelly explains we are part of an evolving continuum, and through technology “Evolution has evolved its own evolvability.” It’s obvious things are moving fast in 2012 – but we are just reaching the knee of the curve… and explosive growth is right around the corner.

We have been learning a lot about the importance of timing within the context of our studies. In our sessions discussing convergence, we explore how one innovation can set off a series of events, potentially impacting many other innovations thereafter (as in the case of the iPhone or 3D Printer). Keeping this in mind, we embrace the notion that our conception of the future is limited to our current perspective of the world today, which – with any one breakthrough – could be totally transformed.

But despite the limits we put on ourselves to forecast and predict the future, we have a pretty good understanding of what we can expect in the next couple of decades. One hour with Dr. Daniel Kraft and you will be in awe about what’s already possible in healthcare and medicine. Raymond McCaulley and Andrew Hessel are in the thick of the biotech and synbio world’s respectively, and can tell you with robust certainty that we will soon be writing the As, Gs, Ts, and Cs of DNA like we code 1s and 0s on our computers. These breakthroughs are happening at alarming rates, and after one week on campus I can only say the following quote is more true than I could have ever imagined…

“the future is here, it’s just not evenly distributed.”

For the remainder of the summer, the goal is to distribute the future so we can flourish in the present. Diving deeper into all of these fields of study will allow us to see what is possible right now, what will be possible in 5 years, and thereafter – this way we can prepare for and utilize the best of what’s available to us at any given time. There are impending paradigm shifts that will no doubt rock our world; We need to be prepared for what’s to come, and that starts with a shift in perspective. It’s time to take the red pill… It’s time to start thinking exponentially.