Could You Be An Immortal?

by George M. Young:  According to Dr. Igor Vishev (b. 1933), a distinguished Russian scientist and philosopher, it is likely that there are people alive today who will never die. Just stop for a moment and think about that. Alive today. Never die. 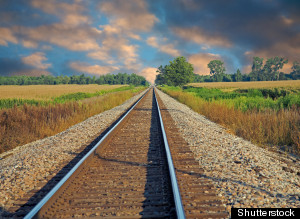 Vishev is convinced that medical technology is advancing so rapidly that sometime later in this century, Homo sapiens will become Homo immortalis. He believes that our current lifespan of up to 90 or, in extreme instances, slightly over 100 years, is not cast in stone or fixed in nature but an evolutionary stage out of which we are now emerging. Genetic engineering, replacement of natural organs with artificial instruments, nanotechnology, and other developing technologies could now extend our lives well beyond today’s assumed limits.

He proposes that a 200-year-old person is a present possibility, and a person who could live at least as long as a 2,000-year-old redwood tree is certainly imaginable. Such longevity will be self-propelling. New discoveries during the 200-year (or 2,000-year) lifespan would make what Vishev calls “practical immortality” a fairly safe bet. By “practical” he means “realizable” but not absolute. People could still die, accidentally or otherwise, but eventually techniques of “practical resurrection,” toward which today’s cloning is a primitive first step, would be able to restore life to those who somehow lose it.

Vishev’s philosophy, which he calls “practical immortology,” is an attempt to shift our entire culture and worldview from one based on the certainty of human mortality to one based on the prospect of human immortality. This shift requires radical new directions not only in science and technology but in economics, politics, morality, ecology, art — everything. Not easy, of course, but he thinks it’s possible.

Vishev’s line of thought is a 21st-century variation of Russian cosmism, a philosophical tendency that started with the eccentric 19th-century librarian and thinker Nikolai Fedorov (1829-1903) and continued through the 20th century in the works of religious thinkers such as Nikolai Berdyaev, Pavel Florensky, and Sergei Bulgakov and speculative scientists such as the rocket pioneer Konstantin Tsiolkovsky, the definer of the “noosphere” Vladimir Vernadsky, and the heliobiologist Alexander Chizhevsky.

Intellectually diverse and not considering themselves members of any philosophical “school,” the Russian cosmists shared a sense that man is a creature not of Earth alone, that in both a spiritual and scientific sense we should regard ourselves as simultaneously Earth citizens and “heaven dwellers.” We are, in the cosmist view, active agents of our own evolution, capable of rationally directing — or misdirecting — our human and planetary future. Unfortunately, we currently choose to ignore our managerial abilities — our naturally or divinely assigned task to regulate ourselves and our environment — and are allowing ourselves to devolve into subhuman beings in a man-made hell. But, generally optimistic, the cosmists emphasize the spiritual and scientific advances that can set us and our world on the right path.

Some of their proposals include exploration and colonization of the universe beyond Earth; active recognition of universal kinship; radical psychological, social, and cultural reorientation (“mind upgrade,” as the recent cosmist writer Danila Medvedev put it); and, the proposal least attractive to some of us, reengineering our bodies to eventually allow an autotrophic diet in which we feed on sunlight and air instead of on plants and animals.

But from Fedorov on, a main cosmist idea has been to overcome death. For Fedorov individual immortality was not sufficient; our ultimate task was to bring back to life all humans who had ever lived. A devout if eccentric Christian, Fedorov viewed the resurrection as a human task, the Christ-like duty of the sons and daughters of humanity to restore life to those from whom it had been taken. Children would use future scientific technology to resurrect their parents, who in turn would resurrect theirs, all the way back to Adam and Eve.

As fantastic as Fedorov’s idea seemed to his contemporaries, and as parts of it still seem to us, thinkers today, like Igor Vishev, have devoted very serious attention to the prospects and consequences of practical immortality. And Vishev knows something about overcoming apparent difficulties. Totally blind since age 14, due to a chemical accident, he has enjoyed a full academic career, addresses international conferences, works on a computer in several languages, plays chess, skis, and skates with his grandchildren.

The important question now may not be whether remaking ourselves and our universe to eliminate limits to present life is possible, but whether it is desirable. For centuries poets have intuited profound value in the mystery of death. As Shakespeare tells us in Sonnet 73, death gives life meaning, and love grows more strong for that “which thou must leave ere long.” Or, as Wallace Stevens wrote in “Sunday Morning,” “Death is the mother of beauty.” Could many of our best intangibles be lost in the transition from human to “transhuman”?

And maybe we don’t even need to fight death. Many traditions of religious and spiritual thought tell us that we are already immortal in part or in potential, that what we call death is simply a transition from one state of existence to another, worm to butterfly. And Socrates argued that because we don’t know what death is, to fear it is hubris, pretending to know, and know well enough to fear, what we do not know. As he prepared to drink the hemlock, he famously told his friends that now was the time of parting, they to live and he to die, and which was better only the gods knew.

The question of what death is and how or whether we should attempt to eliminate it won’t be settled here, or anywhere, anytime soon. But if Igor Vishev is right, someone alive today — certainly not the one writing these words, but maybe someone reading them — may be around long enough to know the answer.