Scientists Design Particle That Allows Humans To Live Without Breathing

By Laura Hibbard :  In a medical emergency, getting a patient oxygen can be a matter of life and death. 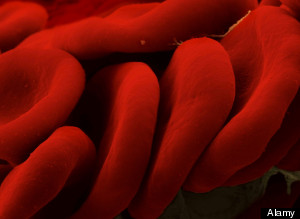 But thanks to an invention by a team of scientists at Boston’s Children Hospital, the medical community may have a quick fix for such situations: a particle that allows humans to live without breathing, the hospital notes.

The report states the “microparticles” are made of a single layer of fatty molecules, or lipids, that surround pockets of oxygen gas and are injected into the bloodstream via a liquid solution.

In an article published in a recent issue of Science Translation Medicine Dr. John Kheir of the hospital’s Department of Cardiology explained that in a “real world scenario” where an animal had a completely obstructed airway, the particles were able to keep it alive for 15 minutes without breathing, according to the hospital.

Kheir told FoxNews.com the inspiration for the drug came from a patient he treated in 2006.

“I was taking care of a cute redhead girl in ICU who had severe pneumonia,” Kheir told FoxNews.com. “She didn’t have a breathing tube at the time, and all of a sudden she had a pulmonary hemorrhage – when lung tissue gets damaged and actually erodes into the pulmonary arteries. Her lungs filled up with blood and she went into cardiac arrest.”

Since it took about 25 minutes to remove the blood from her lungs, the girl’s brain was deprived of oxygen and was “severely injured,” according to the report.

Kheir also told the network that the drug has the potential to save many lives in emergency situations, such as drowning.

“Our vision for this is that this drug would be stored on emergency carts all over the hospital and even outside the hospital in an ambulance,” he said,according to FoxNews.com. “Any time a patient is really, really sick for any reason, whoever is taking care of them could rescue them with a standard intravenous line. The primary reason that patients have a cardiac arrest is for breathing reasons. There’s a serious potential to improve the mortality and morbidity rate of patients in the hospital.”

As Gizmodo’s Jesus Diaz notes, the potential uses are endless—maybe even as an “emergency shot” in space.