by Alex Fitzpatrick:  Approximately three quarters of the world’s population now has access to a mobile phone, according to a new study from the World Bank. 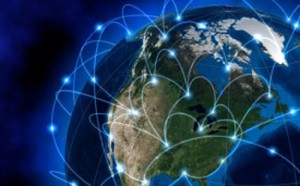 The number of mobile phone subscriptions has skyrocketed over the past 12 years. Fewer than 1 billion mobile subscriptions were active in 2000, while there are six billion subscriptions active today. Last year alone, mobile users downloaded more than 30 billion apps.

Additionally, the vast majority of today’s mobile subscriptions (5 billion) are in developing countries, a sign of mobile technology’s importance in countries which haven’t gone through the expensive and difficult process of building land-based communications infrastructure.

“The challenge now is to enable people, businesses, and governments in developing countries to develop their own locally-relevant mobile applications so they can take full advantage of these opportunities.”

The report highlights mobile-based development programs in several countries, including the use of mobile payments in Kenya and job-search apps in Palestine. Mobile apps are also playing a role in disease response, education and monitoring government abuses throughout the developing world.

Smartphones and wireless data packages are still out of the reach of most people. Therefore, many apps designed in developing countries are built as effective low-bandwidth solutions, often employing WAP, SMS and other technologies now considered “low-tech” by developers working with cutting-edge software and hardware.

Are you surprised that mobile phones have become so prevalent across the world? Share your thoughts in the comments.