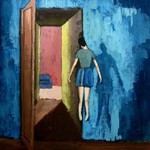 In other words, they always have a beginning, middle, and an end. In the late 1960’s and early 1970’s, Victor Turner picks up van Gennep’s work, expanding on these ideas and contributing language through which we can see our contemporary lives taking shape, mirroring these same archetypal structures. In the tribal rituals that both van Gennep and Turner observe, the beginning stage is established by successfully separating the “initiates” from their known world so they may freely enter the middle stage of liminality. The middle stage, which is the longest lasting of the three, is the prime subject of this lecture series. This stage is orchestrated so as to prepare the initiates to take on their “new station in life,” a concept which now-a-days is barely known and rarely understood. The third and final stage serves to integrate the initiates back into society where they will then fulfill their new station. Traditional uses for these tribal rites of passage are to demarcate predictable life transitions such as birth, adolescence, marriage, pregnancy, and death. But many other transitions occur which are common yet unpredictable, and which carry the same need for preparation, support, and acknowledgment.

In contemporary life, our awareness of our own “first stage” is often a sudden and abrupt occurrence which serves to “rupture” our sense of being. These days, our culture lacks proper rituals to mark the time and space of these ruptures, their critical role, and subsequent changes. Consequently, we are often plunged into transitions of great magnitude without identification or ceremony. Rupture characterizes our descent into this disorienting terrain, while disorientation characters our experience as we enter and begin to move through it.

Think how the global financial crisis affected so many people; how the sudden loss of jobs, and the disruption to a person’s identity as the result of career loss affected individuals, homes, families, and in many cases, whole communities. Think, too, of what happens during divorce, loss through death, illness, or severe injury—common but unpredictable changes of great magnitude. There are many ways in which any of these unexpected occurrences can dramatically alter one’s reality. Add to that the way in which, many times, a combination of these sudden and abrupt changes catch us unaware and ill-prepared and you begin to understand the makings of liminal space.

Few resources or support are available to us that could mirror, take into account, or give recognition to the deep experience of displacement and disorientation one faces in protracted periods of liminality. We are snatched from our comforts and plunged into obscurity, and nobody wants to see or hear from our true depths of pain or the myriad ways in which this transformation may take hold of us. Few onlookers understand the necessity of being out of control through the corridors and passageways which mark liminal terrain. Fewer still are privy to the gifts awaiting us on the other side of these upheavals. 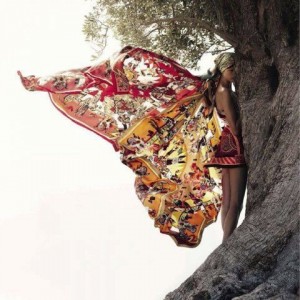 Yet, when we can be supported and allowed to move through our liminal process (the coming apart before needing to come back together anew), the rewards are great for both parties. In acknowledged and supported positions, the onlookers are no longer separate but are instead engaged in helping a loved one through a life-changing process—emulating how traditional tribes hold space for their initiates.

In upcoming posts we will: 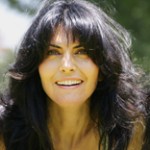 Dr. Farris’s roots as a therapist, healer, and bodyworker have seeded over the past thirty years, bringing substance and depth to her one-on-one sessions with couples and individuals, as well as to the workshops and speaking engagements she tours across the country.

She is the creator of MESHE, HESHE, MISON & ORBIT, a body of work once described as “an artistic soulful journey into the interweaving relationship of self, life and other” that is our experience of being alive. In 2000, she authored a book which wraps these principles into a spiritual coming-of-age story. She has been teaching on this subject since 1985.

For nearly thirty years Kd has maintained a private practice, which has grown and evolved over time but has always consisted of process-oriented consciousness work—a means by which to enter safely and deeply into the inner landscape of the psyche for positive and real world change. Her results-oriented approach to psychology is derived from the commitment to a conscious process and the intrapsychic relationship one can access when choosing to turn toward—and look at—oneself.

She is currently developing a new body of work, dedicated to people in transition (be they natural stages of life, sudden or unexpected changes, by choice or thrust upon us). This aspect of our lives is also known as “liminal space.” While she has always specialized in working with people in transition, it is only recently that she has begun speaking and teaching on the subject of liminality. She is also a contributing developer and co-lead facilitator of the workshop series “Archetypes of the Feminine & Masculine.”