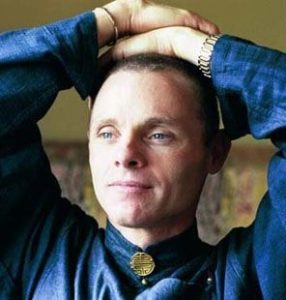 Adyashanti – Discovering the Foundation of Self

Example of Teaching
“The truth is that you already are what you are seeking.” 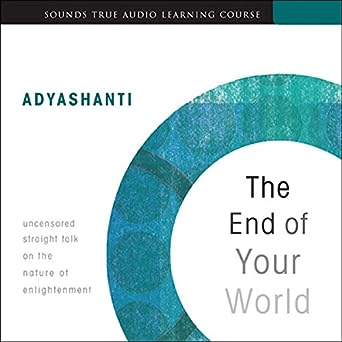 The End of Your World: Uncensored Straight Talk on the Nature of Enlightenment

Adyashanti was born in 1962 in Cupertino, California. His given name is Stephen Gray.  At the age of nineteen, he came across the idea of enlightenment in a book, and it ignited a desire to experience that ineffable state. He built a hut in his parents’ backyard and practiced meditation there with all the vigor of a competitive athlete, training under the guidance of Zen teacher Arvis Joen Justi.

When he was twenty-five, he experienced an awakening, which he describes as “a realization of the underlying connectedness and oneness of all beings.”  For the next eight years he continued to meditate — though he says that all sense of effort and anxiety vanished — and work in his father’s machine shop. In 1996 Justi encouraged Gray to start teaching on his own.

gave his first talks in his aunt’s spare room above a garage to just a handful of students. Sometimes no one would show up. Over a few years the small gatherings grew, until there were hundreds of students in attendance each week. During this time Gray took the name “Adyashanti,” Sanskrit for “primordial peace.”

Adyashanti’s teachings are rooted in the heritage of the early Chinese Zen masters, as well as the Advaita – non dualistic tradition, whose basic tenet is that a separate self, distant from the rest of the world, is an illusion.

“In the end spirituality is not about watching the breath.  It’s about waking up from the dream of separateness to the truth of unity.”

These days Adyashanti gives talks and weekend “intensives.” He also leads five-night silent retreats, which have become so popular that registration now takes place by random lottery. The nonprofit organization Open Gate Sangha supports his work and sells his books and recordings of his talks.

Adyashanti is married and lives with his wife in the Bay Area, not far from his childhood home.

Adyashanti – Discovering the Foundation of Self

What Would Love Do? – Adyashanti

The Way of Liberation [excerpt] – Adyashanti

The Meaning Of The Virgin Birth

Adyashanti on the concept of spiritual awakening

What Do You Really Want?

The Cause of Suffering -Adyashanti