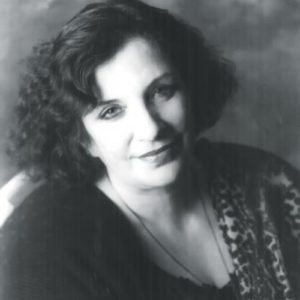 Women Who Run with the Wolves

The Faithful Gardener: A Wise Tale About That Which Can Never Die

Dr. Clarissa Pinkola Estés (born 27 January, 1945) is an American poet, psychoanalyst and post-trauma specialist who was raised in a now nearly vanished oral and ethnic traditions. She is a first-generation American who grew up in a rural village, population 600, near the Great Lakes.

Of Mexican mestiza, and majority Magyar and minority Swabian tribal heritages, she comes from immigrant and refugee families who could not read or write, or who did so haltingly. Much of her writing is influenced by her family people who were farmers, shepherds, hopsmeisters, wheelwrights, weavers, orchardists, tailors, cabinet makers, lacemakers, knitters, and horsemen and horsewomhe Old Countries.

Dr. Estés is a poet who uses her poems throughout her psychoanalytic books, spokenword audios, and stage performances as expressive therapy for others. She is also a post-trauma recovery specialist and psychoanalsyst who has practiced clinically for 41 years. Her doctorate, from the Union Institute & University, is in ethno-clinical psychology, the study of social and psychological patterns of cultural and tribal groups.

Dr. Estés ministers in the fields of childbearing loss, surviving families of murder victims, as well as critical incident work. She served at natural disaster sites, developing post-trauma recovery protocol for earthquake survivors in Armenia. Since then, her Post-Trauma Protocol is used to deputize citizen helpers to do post-trauma work on site at many disasters, and for the months and years yet to come.

Dr. Clarissa Pinkola Estés – “More Guns” Is Not The Answer