Fat or Carbs: Which Is Worse?

by Dr. Andrew Weil: In my home state of Arizona, a restaurant named “Heart Attack Grill” does brisk business in Chandler, a Phoenix suburb. 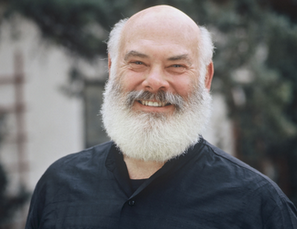 Waitresses in nurse-themed uniforms with miniskirts deliver single, double, triple and quadruple “bypass burgers” (featuring one, two, three and four hefty patties, respectively) dripping with cheese, to patrons who wear hospital gowns that double as bibs. The motto: “Taste Worth Dying For!”

Now, there is much for a medical doctor (as opposed to “Dr. Jon,” the stethoscope-wearing, burger-flipping owner) to dislike in this establishment. If you visit, I implore you to steer clear of the white-flour buns, the sugary sodas and the piles of “flatliner fries” that accompany the burgers in the restaurant’s signature bedpan plates. This is precisely the sort of processed-carbohydrate-intensive meal that, via this and other fast-food establishments, is propelling the epidemic of obesity and diabetes in America.

But the Grill’s essential, in-your-face concept is that the saturated fat in beef clogs arteries, and hamburger meat is consequently among the most heart-damaging foods a human being can consume. As the Grill literature puts it, “The menu names imply coronary bypass surgery, and refer to the danger of developing atherosclerosis from the food’s high proportion of saturated fat…” Aimed at a certain crowd, this is clever, edgy marketing. Some people enjoy flirting with death.

The problem? It’s not true. The saturated fat lauded in this menu won’t kill you. It may even be the safest element of the meal.

Saturated fat is made of fatty acid chains that cannot incorporate additional hydrogen atoms. It is often of animal origin, and is typically solid at room temperature. Its relative safety has been a theme in nutrition science for at least the last decade, but in my view, a significant exoneration took place in March of this year. An analysis that combined the results of 21 studies, published in The American Journal of Clinical Nutrition found that “saturated fat was not associated with an increased risk” of coronary heart disease, stroke or coronary vascular disease.

Although this was not a true study, it was a big analysis. It aggregated information from nearly 348,000 participants, most of whom were healthy at the start of the studies. They were surveyed about their dietary habits and followed for five to 23 years. In that time, 11,000 developed heart disease or had a stroke. Researcher Ronald M. Krauss of the Children’s Hospital Oakland Research Center in California found that there was no difference in the risk of heart disease or stroke between people with the lowest and highest intakes of saturated fat.

This contradicts nutritional dogma we’ve heard repeated since 1970, when a physiologist named Ancel Keys published his “Seven Countries” study that showed animal fat consumption strongly predicted heart attack risk. His conclusions influenced US dietary guidelines for decades to come, but other researchers pointed out that if 21 other countries had been included in that study, the association that Keys observed would have been seen as extremely weak.

Meanwhile, in the years since, there has been increasing evidence that added sweeteners in foods may contribute to heart disease. Sweeteners appear to lower levels of HDL cholesterol (the higher your HDL, the better) and raise triglycerides (the lower the better). That’s according to a study of more than 6,000 adults by Emory University and the Centers for Disease Control and Prevention, and published in April in The Journal of the American Medical Association.

Science writer Gary Taubes has done more than anyone else to deconstruct the Keys mythos and replace it with a more sensible view, informed by better science. I recommend his book, Good Calories, Bad Calories: Challenging the Conventional Wisdom on Diet, Weight Control and Disease. It presents more than 600 pages of evidence that lead to these conclusions:

My point here is not to promote meat consumption. I’ve written here previously about humanitarian and ecological reasons to avoid a meat-centric diet, especially if the meat comes from factory-farmed animals. Instead, my purpose is to emphasize that we would be much healthier as a nation if we stopped worrying so much about fats, and instead made a concerted effort to avoid processed, quick-digesting carbohydrates — especially added sugars. The average American consumes almost 22 teaspoons of sugars that are added to foods each day. This obscene amount is the principal driver of the “diabesity” epidemic, sharply increases coronary risks and promises to make this generation of children the first in American history that will die sooner than their parents.

My Anti-Inflammatory Food Pyramid emphasizes whole or minimally processed foods — especially vegetables — with low glycemic loads. That means consuming these foods keeps blood sugar levels relatively stable, which in turn lowers both fat deposition and heart-disease risk. If you make a concerted effort to eat such foods and avoid sugar, you’ll soon lose your taste for it. The natural sugars in fruits and vegetables will provide all the sweetness you desire.

While saturated fat appears to have no effect on heart health, eating too much can crowd out vitamins, minerals and fiber needed for optimal health. So I recommend sticking to a “saturated fat budget” which can be “spent” on an occasional steak (from organic, grass-fed, grass-finished cattle, see LocalHarvest for sources), some butter, or, as I do, high quality, natural cheese a few times a week.

Andrew Weil, M.D., invites you to join the conversation: become a fan on Facebook, follow him onTwitter, and check out his Daily Health Tips Blog. Dr. Weil is the founder and director of theArizona Center for Integrative Medicine and the editorial director of www.DrWeil.com.