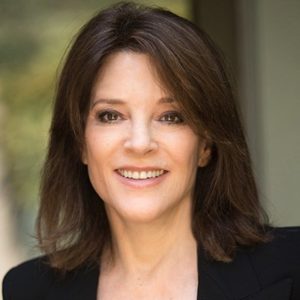 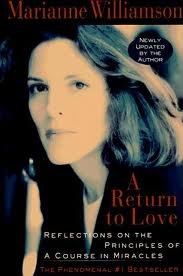 A Return to Love: Reflections on the Principles of "A Course in Miracles" 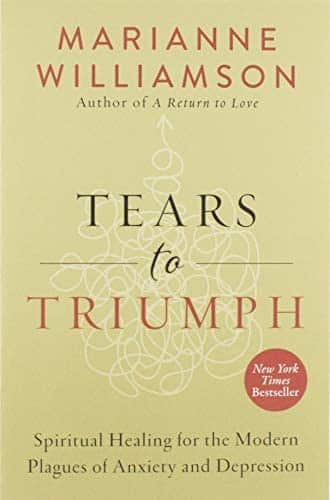 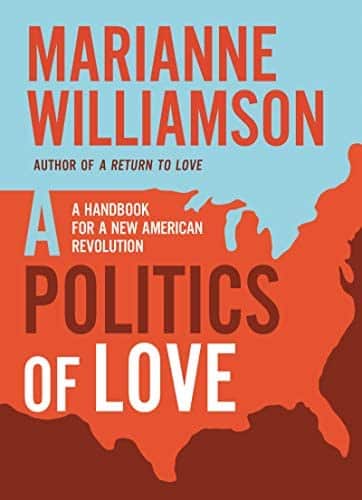 A Politics of Love

MarianneWilliamson.Substack.com Sign up for new course Nov1st until Dec 6th: Developing Your Wings: Embodying Mysticism in the Modern World.

Marianne Williamson is an internationally acclaimed spiritual author and lecturer. Six of her ten published books have been New York Times Best Sellers. Four of these have been #1 New York Times Best Sellers. “A Return to Love” is considered a must-read of The New Spirituality. A paragraph from that book, beginning “Our deepest fear is not that we are inadequate. Our deepest fear is that we are powerful beyond measure...” – often misattributed to Nelson Mandela’s Inaugural address – is considered an anthem for a contemporary generation of seekers.

Marianne’s other books include “The Age of Miracles,” “Everyday Grace,” “A Woman’s Worth,” “Illuminata,” “Healing the Soul of America,” “A Course in Weight Loss,” and “The Gift of Change.” Her newest book, “The Law Of Divine Compensation: On Work, Money and Miracles,” will be published this november by Harper Collins.

She has been a popular guest on television programs such as Oprah, Larry King Live, Good Morning America and Charlie Rose. Marianne is a native of Houston, Texas. In 1989, she founded Project Angel Food, a meals-on-wheels program that serves homebound people with AIDS in the Los Angeles area. Today, Project Angel Food serves over 1,000 people daily. Marianne also founded the Department of Peace Campaign, a grass roots campaign to establish a United States Department of Peace.

In December 2006, a Newsweek magazine poll named Marianne Williamson one of the fifty most influential baby boomers. According to Time magazine, “Yoga, the Cabala and Marianne Williamson have been taken up by those seeking a relationship with God that is not strictly tethered to Christianity.”

Williamson has also worked throughout her career on poverty, anti-hunger and racial reconciliation issues. In 2004, she co-founded The Peace Alliance and supports the creation of a U.S. Department of Peace. She ran for the Democratic nomination for president in 2020.

Getting Our Environmental Policy Back On Track – Marianne Williamson

Marianne Williamson – The Spirit of Avatar: A Conversation with James Cameron

The Biology of Belief With Dr. Bruce Lipton And Marianne Williamson

Who Is Going To Intervene – Marianne Williamson