Bioscalar Meditation for Healing Self and Others

Once again, we spoke with Dr. Valerie V. Hunt, who offers our readers new insights into cutting edge technology on bioenergy (for more on Dr. Hunt’s work, see The Promise of Bioenergy Fields in our November issue). 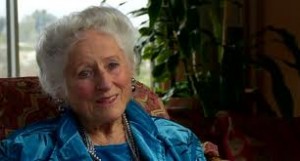 This time, we introduce you to a meditation she has devised for using what she calls ”bioscalar” energy — the energy that psychic surgeons use when opening the human body without instruments.

Dr. Hunt’s first-hand experiences with psychic surgeons — healers who actually perform surgical operations upon the human body through openings created by their intent — confirmed to her without doubt the reality of the psychic surgery phenomenon. These experiences also led her to hypothesize that psychic surgeons had to be using some kind of hitherto undescribed force. Typically, she decided to find out exactly what that force was, where it came from, and how it was used.

Upon investigation, the force she found behind psychic surgery — scalar energy — turned out not to be new. Dr. Hunt notes that scalar energy was described by Nikola Tesla, and referred to by Einstein in the 1920s. And during the Cold War, she says, Tom Beardon and Eldon Byrd, who were ”visionary and somewhat rebel physicist-engineers,” reported on the Russians’ development of scalar energy and how it might be used as a weapon. ”Fortunately for the world,” she adds, ”it was never used destructively” (see footnotes for sources on Beardon and Byrd).

She believes that one reason scalar energy has not made its way into the textbooks is that it is a ”standing” energy having zero frequency in conventional terms — in other words, although bioscalar is a field ”alive with checked and balanced energies,” these cancel each other out so that they cannot be measured or evaluated by the instruments in current use. It is, she says, a ”strong, huge, and yet passive [force] … Only its effects tell us that it exists in space and has power.”

Hunt has developed a focused meditation that taps into bioscalar energy. A full description can be found at her bioenergyfields.org website by clicking on Frontiers of Thought and selecting the article entitled Bioscalar energy: the healing power.

This meditation, briefly described below, is based upon the fact that scalar energy is created along a straight line where two separate-but-equal energies meet. Although standard measurements seem to say that these two energies have zeroed each other out, what is happening at the meeting point is quite far from ”nothing.”

Dr. Hunt recommends that the procedure should last at least 10 minutes, or even several hours, depending upon the severity of the health problem.

Further Suggestions for Use of Bioscalar

She further emphasizes the importance of pulling the energy into the body from more than one direction, and having it meet at the center. The energy builds in that center and can be felt there. Then, the procedure is to consciously direct the energy to a specific location along with information as to what condition we wish it to create there.

Dr. Hunt assures us that this energy, when used in this way, is totally benign. It does not accumulate. Undirected, it will simply dissipate and flow out.

Since scalar energy cannot be measured by the instruments that are available to science at this time, there is some controversy as to whether it actually exists.

According to Dr. Hunt, she is now in the process of building a laboratory wherein she will be able to measure the effects on the human body of tapping into scalar energy. She proposes to do this by using an energy-measuring instrument that she has developed which is much more sensitive than any previously available. She is focusing on the idea that ”by measuring the electromagnetic aspect of the human body before and after scalar is created” she will be able to prove bioscalar activity by the changes it produces.

The discovery of bioscalar energy has many pluses. Says Dr. Valerie Hunt:

It lets us know again the magnificence of the human mind to direct our destiny, to use our consciousness to create this powerful energy for healing self and others. It strengthens our security with independence from drugs.

Its only side effects are the improvement of health.

Dr. Hunt’s books and website contain examples of other meditations for many different purposes. Those who are interested in practicing meditation for healing will be rewarded by reading further about her work at her website, bioenergyfields.org.