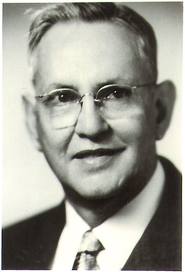 Example of Teaching
“In a world where death is the hunter, my friend, there is no time for regrets or doubts. There is only time for decisions.”

The Teachings of Don Juan: A Yaqui Way of Knowledge

Journey to Ixtlan: The Lessons of Don Juan

Author and anthropologist, Carlos Castaneda is dubbed as the Godfather of the New Age movement. Starting with The Teachings of Don Juan in 1968, Castaneda wrote a series of books that are narrated in the first person and relate his experiences under the tutelage of a Yaqui Indian seer and “Man of Knowledge” named Don Juan Matus. He studied traditional Mesoamerican shamanism from Matus, his existential hero. Castaneda wrote 12 books (two were published posthumously) that sold more than 8 million copies in 17 languages.

Castaneda founded Cleargreen, an organization that promoted a traditional Toltec regimen of spiritually powerful exercises he called Tensegrity. He borrowed this word from architect R. Buckminster Fuller. Castaneda’s Tensegrity philosophy refers to the interplay of ‘tension’ and ‘integrity’ that include energy-enhancing movements and breaths. As shamanic practice in a modern context, Tensegrity is adaptable to our own energy, the energy of sun and stars, the air, water, the land, and its inhabitants in a way that supports the interdependent integrity of the community.

Carlos Cesar Arana Castaneda was born on 25 December 1925 in  Cajamarca, Peru.  He moved to the United States in the early 1950s and became a naturalized citizen in 1957. He was married to Margaret Runyan and had a son Carlton Jeremy Castaneda, born in Hollywood, California.  While not officially divorced from Runyan, Castaneda also married Florida Donner-Grau in Las Vegas in September 1993. According to his will Castaneda adopted Nuri Alexander.

While studying philosophy, literature and creative writing Castaneda worked at odd jobs. His first three books – The Teachings of Don Juan: A Yaqui Way of Knowlede, A Separate Reality and Journey to Ixtlan were written while he was an anthropology student at the University of California, Los Angeles (UCLA). He wrote these books as his research log describing his apprenticeship with a traditional “Man of Knowledge” identified as don Juan Matus, a Yaqui Indian from northern Mexico. Castaneda was awarded his bachelor’s and doctor’s degrees based on the work described in these books.

Castaneda died of liver cancer in 1998 at age 72.  He lived in seclusion in a compound in Westwood part of Los Angeles with three women, Donner-Grau, Taisha Abelar and Carol Tiggs, known in his books as “witches.”

Of Sorcery and Dreams: An Encounter With Carlos Castaneda

My lunch With Carlos Castaneda

Carlos Castaneda – The Jump into the Abyss, part 4 of 6

Carlos Castaneda – The Jump into the Abyss, part 3 of 6

Carlos Castaneda – The Jump into the Abyss, part 2 of 6

Carlos Castaneda – The Jump into the Abyss part 1 of 6