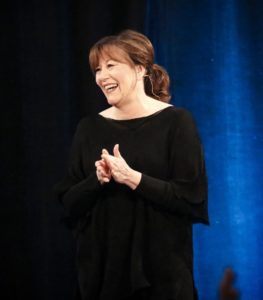 Ask and It Is Given: Learning to Manifest Your Desires

Money, and the Law of Attraction: Learning to Attract Wealth, Health, and Happiness

The Vortex: Where the Law of Attraction Assembles All Cooperative Relationships

Esther Hicks is an American spirit channeler, motivational speaker, and best-selling author. Esther Hicks identifies herself as the channel for a group of non-physical beings who call themselves “Abraham”. Most commonly, this channeled material is referred to under the name Abraham-Hicks.

A key teaching of Abraham-Hicks is that achieving one’s desires requires feeling hopeful and positive about those goals, rather than fearful. The teachings often refer to “vibrations”, stating that one’s thoughts affect one’s vibrations that influence reality, and that thoughts therefore have an impact on the outside world. Specifically, they state that if people maintain positive feelings and align with good vibrations, good things will happen to them. Conversely, negative life experiences are created when one focuses on negative thoughts.

Esther is an inspirational speaker and author. She co-authored eight books with her husband, Jerry Hicks. Together, they have presented Law of Attraction workshops for Abraham-Hicks Publications in up to 60 cities per year since 1987.

Esther Hicks’ best-selling book, “Ask and It is Given,” was written in 2004. Since then, they have also published four more New York Times Best-sellers:  “Money, and The Law of Attraction” (made #1 on New York Times Best Sellers List), “The Law of Attraction,” “The Astonishing Power of Emotions,” “The Amazing Power of Deliberate Intent,” as well as the fictional children’s series of Sara books.

Esther was born in Coalville, Utah. She married her departed husband, Jerry Hicks, in 1980 and has one daughter by her former marriage. Currently, Esther travels the world, speaking and teaching and writing.

Esther Hicks: “I’m in the Vortex”

Is There One Perfect Person for Me?

Abraham Hicks ~ You Can Be Happy Under Any And All Conditions