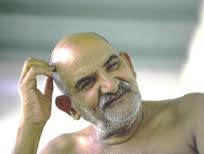 Example of Teaching
“See all women as mothers. Server them as your mother. When you see the entire world as your mother, the ego falls away.” 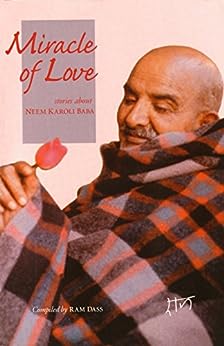 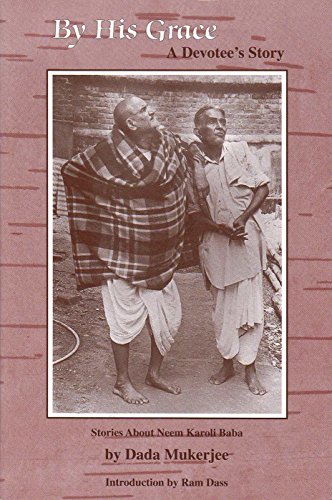 By His Grace: A Devotee's Story

Neem Karoli Baba is also known as Neeb Karori Baba, and is called “Maharaj-ji” by His devotees. Maharaj-ji’s teachings were simple and universal. He often said, “Sub Ek” — All is One. He taught us to “love everyone, serve everyone, remember God, and tell the truth.” Strongly connected to Hanuman, the Hindu God in the form of a monkey, Maharaj-ji “taught” in a highly personalized, non-traditional way that reflected the deep devotion of the bhakti path of the heart.

.Known as the “Miracle Baba” throughout north India, He manifested many siddhis (powers), such as being in two places at once or putting devotees in samadhi (state of God consciousness) at the touch of a finger. Maharaj-ji is best known for the unconditional love He showered on all who came into His presence as well as those who never met Him in the body but established a connection to him beyond the physical plane.

This is how Maharaj-Ji became known as Neem Karoli Baba, which means the sadhu from Neem Karoli (or Neeb Karori). This was many years ago, perhaps when Maharaj-ji was in his late twenties or early thirties. For several days, no one had given him any food and hunger drove him to board a train for the nearest city. When the conductor discovered Maharaj-ji seated in the first class coach without a ticket, he pulled the emergency brake and the train ground to a halt. After some verbal debate, Maharaj-ji was unceremoniously put off the train. The train had stopped near the village of Neeb Karori where Maharaj-Ji had been living. Maharaj-ji sat down under the shade of a tree while the conductor blew his whistle and the engineer opened the throttle. But the train didn’t move. For some time the train sat there while every attempt was made to get it to move. Another engine was called in to push it, but all to no avail. A local magistrate with one arm, who knew of Maharaj-ji, suggested to the officials that they coax that young sadhu back onto the train. Initially the officials were appalled by such superstition, but after many frustrating attempts to move the train they decided to give it a try. Many passengers and railway officials approached Maharaj-ji, carrying with them food and sweets as offerings to Him. They requested that He board the train. He agreed on two conditions: The railway officials must promise to have a station built for the village of Neeb Karori (at the time the villagers had to walk many miles to the nearest station), and the railroad must henceforth treat sadhus better. The officials promised to do whatever was in their power, and Maharaj-ji finally re-boarded the train. Then they asked Maharaj-ji to start the train. He got very abusive and said, “What, is it up to me to start trains?” The engineer started the train, the train traveled a few yards, and then the engineer stopped it and said, “Unless the sadhu orders me, I will not go forward.” Maharaj-ji said, “Let him go.” And they proceeded. Then Maharaj-ji said that the officials kept their word, and soon afterward a train station was built at Neeb Karori and sadhus received more respect.