by Mario Fernando: This paper aims to draw the attention of the reader to the similarities between Maslow’s work on self-actualisers and the characterisation of spirituality in the contemporary literature. 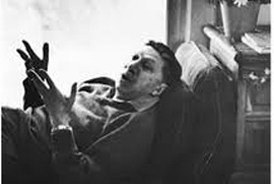 There seems to exist a noteworthy similarity between the value characteristics of self-actualisers of Abraham Maslow and the characterisation of spirituality in contemporary literature. It should be noted, however, that this paper is not an attempt to review the contemporary literature on spirituality, but rather, an attempt to extract Maslow’s work on self-actualisers.

Abraham H. Maslow was born in Brooklyn, New York, in 1908. He studied at the University of Wisconsin, where he received his doctorate in psychology in 1934. Maslow was drawn to the study of human motivation and personality. His theory of the hierarchy of needs, which leads to the “self-actualized” individual, was a strong catalyst for the founding of humanistic psychology. Maslow successfully bridged motivation and personality in his theories of needs, self-actualizing persons, and peak experiences. For 14 years, he taught at Brooklyn College, and then went to Brandeis University as chairman of the Psychology Department. In 1968, he was elected president of the American Psychological Association. In 1969, he went to the Laughlin Foundation in Menlo Park, California. Abraham Maslow died of a heart attack in 1970.

The following on Maslow’s work sums up his contribution to human motivation;

The empirical fact, according to Maslow, is that human life is beyond itself to the cosmos. Except in sickness, no opposition, gap, or differ­ence is found to exist between ego and world (1979, p. 117). A search for the actualization of this our fundamental identity with the cosmos, human motivation, at its highest and deepest, is a reaching out for the ultimates of truth, beauty, goodness, justice, and the like. Such Being-values are said to form the heart of true religion: the human being is naturally religious. Maslow’s “naturalism” is thus an invitation to savor the splendor of all things, to bear witness to the extraordinary in the ordinary (unitive consciousness), including in this mortal flesh of ours. Maslow’s psychology, ad­dressing the ultimately spiritual or cosmic character of human life, is a courageous and bold undertaking.

The five types of human motivational needs espoused by Maslow, are universally found in all people. The more fulfilled humans are, Maslow claims, the healthier they will be. The higher the need, the less selfish it is found to be. In the hierarchy of needs, the higher spiritual needs are at the top (Maslow, 1971). The higher, less selfish nature is said to build and rest on the foundation of the lower, more self-centered nature (Maslow, 1968). The former, it is noted, would collapse without the latter. Maslow also claims to have discovered a hierarchy of higher and lower values intrinsic to human nature corresponding to the hierarchy of higher and lower basic needs.

Maslow has given the human need of self-actualisation special attention. He selected 48 extraordinary human beings for his study on self-actualisation and then described the patterns common to all. The highest human values are said to be associated with self-actualisation. It is, according to Maslow, is the striving for health, the search for identity and autonomy, and the yearning for excellence. It is the need for the development of the essential human nature; a pressure toward a unified personality, toward “spontaneous expressiveness”, toward identity and full individuality, “toward seeing the truth rather than being blind”, toward being good rather than bad, and toward creativeness (Maslow, 1970a); the need for the attainment of “full humanness” (Maslow, 1971). According to Maslow, psychological sickness, by contrast, is any falling away from this humanness.

Maslow on spiritual life says that it is the basic component of “our biological life” (Maslow, 1971). Spiritual life constitutes the most essential humanity. Since spiritual life is instinct like, it can be heard through the “impulse voices” arising from within. Maslow finds “two sets of forces pulling at the individual, not just one”; pressures towards health and self-actualisation and regressive pressure backwards in the direction of weaknesses and sickness (Maslow, 1970c). As for neurosis, Maslow considers it in its relation to “spiritual disorders”; to the loss of meaning, to anger and grief over lost love, to the loss of hope and courage, to despair over the future, to awareness that one’s life is being wasted, to the impossibility of joy or love and the like (Maslow, 1971). These are failures to measure up to full humanness. Any failure to achieve full humanness (self-actualisation), issues in psychopathology. According to Maslow, the religious or spiritual values are not the exclusive property of any one religion or group. Self-actualizers show themselves to be religious in their character, attitudes, and behavior. Reality is discovered, under the aspect of being, as wondrous, beautiful, awe-inspiring, and a privilege to behold (Maslow, 1979). Maslow eventually came to distinguish two kinds of healthy human beings, two degrees of self-actualizing people: the “transcenders” and “merely” healthy. “Transcenders” are those who “transcend,” who live more at the level of being, who are meta-motivated, who are more inclined to have had peak experiences, which are experiences of ecstasy, rapture, bliss, the greatest joy, awe, mystery, humility, surrender and the happiest moments in life. Maslow’s characterisation of transcenders is captured in the following:

As Maslow characterizes them in his Journals (1979, pp. 848-49), “transcenders” go beyond the basic needs and love the “ultimate good things, excellence, perfection, the good job”; identify with the cosmos and belong to it by right (cosmic consciousness); sacralize life, “reli-gionize” it; transcend the ego and are “impersonal-end motivated,” “impersonally motivated”; have a “transcendent kind of objectivity,” and thus “see reality better”; transcend deciding, choosing, planning, and being an agent; let the cosmos, from which they are no longer different, decide and the current take them; aren’t preoccupied with their own uniqueness; are beyond healthy selfishness and extreme indi-vidualness; and see the “ought” with complete clarity: “right is right and wrong is wrong” (1979, p. 860).

He rejects the idea of limiting the experience of the holy to only one day of the week, when everything is miraculous. He argues that the sacred is in the ordinary, in people, in one’s own backyard (Maslow, 1970b). Looking for miracles is a display of ignorance that everything is miraculous. All kinds of serious people are found to be capable of discovering the sacred anywhere and everywhere in life (Maslow, 1970b). He comments that when the organised religion splits off the sacred from the profane, the sacred, no longer belonging to everyone, becomes the property of a certain few—an elite cadre, select guardians of a private “hotline” to heaven, “the elect”  (Maslow, 1970b). Maslow comments that when the holy is confined to one day of the week, people may feel free from the necessity of religious experi­ence at any other time. All religions, according to Maslow, have originated, from experiences. The differences among them, stemming from particularities of time and locale, could thus be considered as not touching the essen­tial. Because peak experiences are found to occur outside the context of organised religion.

To Maslow, God means pure cosmic beauty, truth, and good­ness. A God that we can properly be in awe of, identify with, and serve. God, “is getting reborn, redefined” (Maslow, 1979, p. 524; quoted by Fuller, 1994). The transcendent or transhuman or godlike “is no longer dead,” but alive “within human beings” (Maslow, 1979, p. 524; quoted by Fuller, 1994). Maslow states that, humans have an absolute need for something bigger and higher than themselves.

Maslow’s views on sacred in the ordinary, cosmic consciousness, finding god within humans and peak experiences are all concepts and expressions found in characterising spirituality in contemporary literature (Harlos, 2000; Mitroff and Denton, 1999; Hanson, 1998; Pellebon and Anderson, 1999; Wheat, 1991; Goddard, 1995; Beazley, 1998). Although Maslow rarely uses the word “spirituality,” a reasonable proposition would be whether he meant “spirituality,” as used in contemporary literature. Some scholarly studies have touched on the periphery of this issue. The most noteworthy, is the study of Dehoff (1998), who found that models for psychological growth could not be superimposed onto spiritual growth because of some significant differences in the way in which self-awareness, spirit, and self-transcendence are defined and used by psychology and theology. She concludes that psychotherapy and spiritual direction make unique contributions to human growth and need not be perceived as synonymous or competitive. According to her, there is a point at which psyche and spirit, psychotherapy and spiritual direction, meet: the place of healing. Rangaswami (1994), on the other hand surveyed 30 Hindu subjects, to verify the concept of an ultimate aim in life. It was found that self-actualisation and transcendence are considered to be the highest level in the hierarchy of motives in the Indian context. Beyond self-actualisation and transcendence, spiritual pursuit and union with universal self are considered to be the ultimate aim of life. Results confirmed the hypothesis that the ultimate motive in life in the Indian context is union with the universal self through spiritual pursuit. Thus, the similarity of the two concepts of psychological growth and spiritual growth has been subjected to academic research. However, it appears that no scholarly literature exists to suggest an examination of spirituality in the context of the work of Maslow. This warrants a rigours examination because of the implications on spirituality. For example, is spirituality a necessary value expression for self-actualisers? Do all self-actualisers have a high level of spirituality? Can spirituality, be experienced only by humans who have attained the level of self-actualisation? Would humans in the stage of fulfilling lower level needs have no need to experience spirituality? What are the implications of these on the role of spirituality at work?