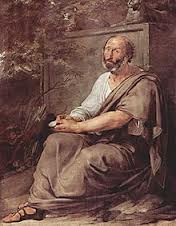 Example of Teaching
“You will never do anything in this world without courage. It is the greatest quality of the mind next to honor.”

Aristotle: The Politics and the Constitution of Athens (Cambridge Texts in the History of Political Thought)

Aristotle, Greek Aristoteles   (384 bce, Stagira, Chalcidice, Greece – 322, Chalcis, Euboea), ancient Greek philosopher and scientist, one of the greatest intellectual figures of Western history. He was the author of a philosophical and scientific system that became the framework and vehicle for both Christian Scholasticism and medieval Islamic philosophy. Even after the intellectual revolutions of the Renaissance, the Reformation, and the Enlightenment, Aristotelian concepts remained embedded in Western thinking.

Aristotle’s intellectual range was vast, covering most of the sciences and many of the arts, including biology, botany, chemistry, ethics, history, logic, metaphysics, rhetoric, philosophy of mind, science, physics, poetics, political theory, psychology, and zoology. He was the founder of formal logic, devising a finished system that for centuries was regarded as the sum of the discipline; and he pioneered the study of zoology, both observational and theoretical, in which some of his work remained unsurpassed until the 19th century. But he was most outstanding as a philosopher. His writings in ethics and political theory as well as in metaphysics and the philosophy of science continue to be studied, and his work remains a powerful current in contemporary philosophical debate.

Three Elements of Great Communication, According to Aristotle

Aristotle (384–322 bc): Philosopher and Scientist of Ancient Greece