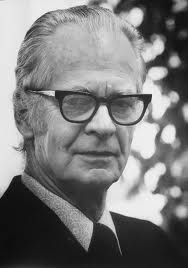 Example of Teaching
“A failure is not always a mistake, it may simply be the best one can do under the circumstances. The real mistake is to stop trying.”

The Psychology of B F Skinner 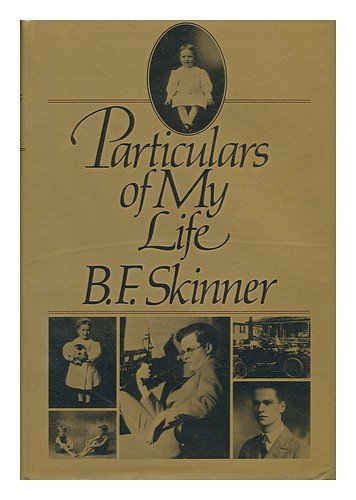 Burrhus Frederic Skinner was born on March 20, 1904 in Pennsylvania. He initially set
his academic sights on writing and moved to New York to enroll in Hamilton
College. Skinner spent some time as a struggling writer before discovering the
writings of Watson and Pavlov. Inspired by these works, Skinner decided to
abandon his career as a novelist and entered the psychology graduate program at
Harvard University.

B.F. Skinner is famous for his research on operant conditioning and negative
reinforcement. He developed a device called the “cumulative
recorder,” which showed rates of responding as a sloped line. Using this
device, he found that behavior did not depend on the preceding stimulus as
Watson and Pavlov maintained. Instead, Skinner found that behaviors were
dependent upon what happens after the response. Skinner called this operant
behavior.

Skinner expressed no interest in understanding the human psyche. He was as strict a
behaviorist as John Watson, and he sought only to determine how behavior is caused
by external forces. He believed everything we do and are is shaped by our
experience of punishment and reward. He believed that the “mind” and
other such subjective phenomena were simply matters of language; they didn’t
really exist. Skinner was known for making audacious statements on this matter,
following in Watson’s tradition of being provocative, controversial, and an
excellent publicist of his ideas.

Skinner was a prolific author, publishing nearly 200 articles and more than 20 books.
In a 2002 survey of psychologists, he was identified as the most influential
20th-century psychologist. While behaviorism is no longer a dominant school of
thought, his work in operant conditioning remains vital today. Mental health
professionals often utilize operant techniques when working with clients,
teachers frequently use reinforcement and punishment to shape behavior in the
classroom, and animal trainers rely heavily on these techniques to train dogs
and other animals.

Are Theories of Learning Necessary?

Superstition in the Pigeon