Circles as Vessels of Healing and Transformation 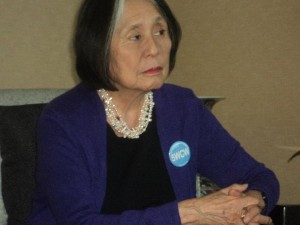 I know that circles are vehicles for healing and change. I wrote this email to get the word out. Spread the message to others. Wherever you are today, tomorrow, next week–bring people (include the children) together to form circles. if you are in a group, transform it into a circle, if you are already in a circle, get together. In response to the destruction of buildings, families, lives and everyone’s sense of security, this is something you can do to help. A circle is a healing and connecting prescription accessible to everyone. Every family, any group of people anywhere can form one.

I followed my own prescription and brought the poem and the intention to the monthly dinner meeting of analysts on September 14. Since the horrifying events on September 11, this had been the focus or the beginning topic of almost every analytic session. Midway through dinner, I read “Circle Invocation”, and invited every rectangular dinner table of six to become a circle. I think that the reaction of one member was possibly true for most: “After an initial resistance, I found that the experience was quite wonderful.” Circles may appear un-Jungian on the surface, but Jungians more than anyone may actually appreciate the form that a circle can be, once it is seen as an enactment that constellates the Self in the center of each person and in the center of the circle–and therefore why it can be quite wonderful.

Holding hands to form a circle immediately connects us, one to another. Touch comforts, the clasp of hands forms an unbroken circle–a nonverbal statement that we are together. When silence for reflection, meditation or prayer is added, it is also an experiential introduction to the archetye of the circle with a spiritual center, which I have been seeding as an idea through lectures, workshops and my most recent books, The Millionth Circle and Goddesses in Older Women. When I describe how to form and maintain circles, the analytic vessel and Jungian concepts of the psyche provide the structure and spirit through which a circle can become a vessel of healing and transformation. Further, if the collective unconscious and the morphic field are actually the same, circles become vessels for the transformation of culture as well. An alchemy or reciprocal effect that changes both, occurs between the individual circle and the archetype of the circle. (In essence, this is an application of theoretical biologist Rupert Sheldrake’s thinking to Jungian psychology; humanity’s morphic field is Jung’s collective unconscious.)

A proliferation of circles has the potential to become a force for social justice by bringing feminine values of relationship and interdependency into a culture of hierarchy and dominance through power. Women as a gender use conversation to bond which makes the circle a natural medium and form. Women in small groups became the Women’s Suffragette’s movement, gaining women the right to vote in 1920. Women in small consciousness-raising groups led to the Women’s movement of the 1970s. As a result, what was once unthinkable for women to do became usual and incorporated into cultural values. If women’s circles with a spiritual center became the source of a third wave of feminism, the effect in Jungian terms would be to bring feminine and masculine principles into balance within collective consciousness. According to Sheldrake, when a critical number of a species changes how it perceives or behaves, this becomes normal behavior, which often is then attributed to instinct or natural law and really is a new habit.

In preparation for the 5th UN Conference on Women and the United Nations General Assembly Special Session on Children, the Millionth Circle 2005 planning commitee (which began at the World Parliament of Religion in South Africa) wrote this statement of intention: “Circles encourage connection and cooperation among their members and inspire compassionate solutions to individual, community and world problems. We believe that circles support each member to find her or his own voice and to live more courageously. Therefore, we intend to seed and nurture circles, wherever possible, in order to cultivate equality, sustainable livelihoods, preservation of the the earth and peace for all. Our aim is to celebrate the millionth circle as the metaphor of an idea whose time has come.” “The millionth circle” was taken from my book with the same title; it is the circle whose formation tips the scales and brings change. I was in turn, inspired by the story of “the hundredth monkey” that had sustained activists in the 1970-80s to continue on in the face of conventional wisdom that said that nothing (certainly not ordinary people) could not deter the nuclear arms race between the superpowers. Since then, the Berlin wall came down, antinuclear proliferation treaties were signed, and Russia is an ally.