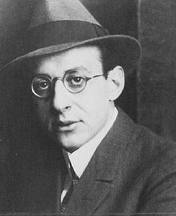 Example of Teaching
“I am not in this world to live up to other people’s expectations, nor do I feel that the world must live up to mine.”

Gestalt Therapy: Excitement and Growth in the Human Personality

Frederick or Friedrich Salomon Perls (July 8 1893, Berlin – March 14 1970, Chicago) entered the history as Fritz Perls, a famous psychiatrist and psychotherapist. He was a Jew born in Germany, who developed absolutely new approach in psychotherapy. According to this theory, one of the primary objectives of Gestalt therapy is the ability to restore the self-awareness which is lost when a psychological disorder becomes evident. This is accomplished by restoring the individual’s ability to differentiate, which helps the individual to identify what is and what is not a true part of the self, what provides the individual with a sense of self-realization and achievement and what leads to frustration. Thanks to him the term of Gestalt therapy came into view.

He believed that people split off from the experiences, thoughts, sensations, and emotions that are uncomfortable. The splitting off creates a fragmentation of the personality. His focus was to assist people in owning their experiences and developing a healthy gestalt or wholeness.

He and his wife Laura founded Gestalt Therapy in the early 1940’s. Gestalt therapy seeks to resolve conflict and ambiguity, through providing framework, which integrates the total experience of life.

The publications of Fritz Perls present his theory, his teaching, and his experience. He contributed much to the field of psychotherapy, including moving the client off the couch, to face the therapist on equal footing. According to Perls, there are six factors causing psychological discomfort. The six factors are:

Fritz Perls also co-authored «Gestalt Therapy» with Robert Hefferline and Paul Goodman, which was published in 1951. Again, the work was not well received even by the growing movement interested in the Gestalt model. However, over time the book did attract a growing band of supporters and loyal followers, and this led to the Perls founding the New York Institute for Gestalt Therapy, and which was managed by Laura.

By 1964, Perls was the Esalen Institute’s resident psychiatrist in Big Sur, California. Here, he used «dream workshops» where a patient would be provided with a forum to discuss their sleeping dreams. This also included the use of role-play and characterization. The popularity of the Gestalt model grew and institutes and centers were opened across the country, with a much larger number of therapist workshops being conducted.

An Oral History Of Gestalt Therapy – An Interview with Laura Perls