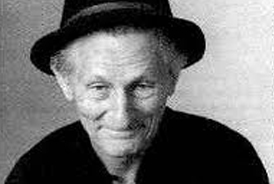 “This place I found, invented, discovered, was led to, guided in such a way that I hunted for the first one of these places, or I needed such a place for my own research on myself, the Universe, the Divine, the New and Unexpected never before seen or programmed by any known persons… the Isolation Tank, Floatation Tank, the Solitude Tank, the Womb-to-Tomb Wet Box, the Place one can rent for Money to Seek Nothingness…the Isolation-Solitude-Confinement-Happiness-Freedom-Domain.

There were no commercial floatation tanks until Dr. Lilly mentored Glenn Perry  in tank building and use, and by 1972 there were a few early versions being tested in the USA. Tank development proceeded to the first plastic models in the familiar Samadhi Tank shape.

In 1978 John Turner and Tom Fine ordered one for their research at the Medical College of Ohio, (now part of the University of Toledo), In 1979, 5 were installed at the Samadhi Center in Beverly Hills.

In 1981, one of them was bought By Alma Daniel, a therapist in an extraordinarily attractive apartment in NYC. She said “My chosen work, since 1977, through the Human Potential Counseling Service has been to help people transform their lives. To become the best that they can be.” Alma was a floatation activist because she saw how versatile and effective floating was for her clients and she began building an organization that could support this emerging technology at the same time she was attending the conferences held by the scientific community.

At the March 1983 International Conference on Rest and Self Regulation co-sponsored by “The Behavioral Medicine Clinic, Dept. of Psychiatry, Medical College of Ohio; and Lawrence University, 15 out of 25 presentations were investigating floatation, plus “A special evening presentation with John C. Lilly and Jay T. Shurley”.  At that conference, the scientists were concerned that the culture of the scientific community did not support a joint organization of scientists and trades folk to avoid possible research bias. The scientists would start their own organization – IRIS -International REST Investigators Society, and Alma Daniel offered her organization for everyone else: Floatation Tank Assoc. became an official floatation supporter organization in Denver, Co., in 1983.

Alma Daniel, particularly talented at organizing had already pulled together an organizational infrastructure with a name, newsletter, a 4 member Board of Directors, an Advisory Board With John Lilly as Honorary Chairman, a large base of correspondence in the USA and Europe and a certificate of incorporation in the State of New York. The stated purpose was the safety and comfort of the floating public; the physical and psychological considerations.  Alma Daniel became the Executive Director of the “Floatation Tank Association”.

Winter 1984, Tony Lilly suggested that the Advisory Board: John Lilly, Toni Lilly, Jay Shurley, Tom Fine, Terry Hunt, Peter Suedfeld, John Turner, Glenn Perry, Lee Perry become members of the Board of Directors in order to become voting members, “Trustees”. The next meeting was set in New Orleans for March, 1984 and there would be 1 day of an IRIS meeting and 1 day of a Floatation Tank Association meeting.

Summer, 1984, 9 new tank centers opening and FTA is gathering data to print a Directory of Float Centers. Projects initiated to develop standards for water purification, accreditation of standards for those operating tanks for the public

Fall 1984, big news from France. The French went on a floating binge.Within 1 year, Dr. John Lilly was invited TO give a tank workshop in Paris with more than 200 people showing up to listen; 4 manufacturers manifested,125 centers opened. The Alma Daniel report,”However, most French-made tanks lack the sophistication and quality that is a byproduct of U.S.experience.” Also reported was the lack of training of those bringing the tank to the public. The flurry lasted about a year, and vanished.

1985, centers are growing rapidly in the USA. Many single tank centers were opened by people who loved floating, loved walking into a tank center and seeing a very relaxed person sitting around smiling, and the dream of having a job like that looked very attractive. This was still a time when work was not self fulfilling, it was actually looked at as a very undesirable activity. A situation similar to what happened in France began to develop. The reports we heard were that the tanks weren’t clean, the solution temperature was very warm or very cold, and not cared for. The center operators were far from being experts on the workings of the tank. There were even reports of women floaters being hassled by male center operators. These centers were opening and closing quickly.

This was also the time of fear of AIDS in the USA. People were getting very nervous about using a solution that had been used by others. The bath houses in San Francisco were closed. The peak of this fear was the death of screen idol Rock Hudson, age 59. His death from AIDS greatly increased awareness of the disease.

Membership in FTA had increased to 220 members.

International Conference was held in New Orleans with IRIS presenting the first day. FTA,  the second day, presented “Research: Connecting Science and Business” delivered by Dr. Peter Suedfeld., as well as a panel of successful Center operators sharing their experience. The floatation tank people were finally meeting each other and exchanging information about their successes and failures. Michael Hutchison, author of “Book of Floating” arrived unannounced, and the mood of the event was celebratory.  The conference “proved’ the growing influence of the floating experience.

Alma Daniel announces her resignation after the first Int’l FTA conference takes place in NYC, Oct. 1986. The number of Centers in the USA is dwindling. The change in leadership and the aftermath of the AIDS scare are resonating throughout the country.

In 1987, the first of 3 issues of “Floating” Magazine were published and well received at the IRIS Conference. At this time, the first international Floatation Tank Ass. conference happened in NYC.We rode on our excitement of having produced a Conference to now look at what to do next.

The Board of Directors appointed Rod Punnett, a Canadian, (who had been using floatation in academic research, and also had financial experience in his family business) as Treasurer to summarize the financial status of FTA with hopes that he could become Executive Director. The Board of Directors appointed an ad hoc committee of Lee Perry Chairperson, and Rod Punnett Treasurer, with the goal of getting an objective assessment of the current situation, and to support the Board in determining the future direction for FTA.

Rod Punnett and Lee Perry completed the report when his health demanded that he leave California, and return to Canada and his health insurance. Lee continued to respond to the incoming requests – this was pre-computers.

In early 1987, the number of North American Centers had dwindled to 55. The manufacturer Float to Relax was sold to Float and closed. The manufacturer Ova joined forces with the manufacturer Floatarium and Floatarium  had a major fire which shut them down. Samadhi Tank Co. survived a partnership that cost them the Beverly Hills Center, and continued to manufacture in Los Angeles until that factory burned and production was moved to Grass Valley where a small single tank center was built.

We were not to be able to have Board of Directors meetings since the members dispersed into the responsibilities of other aspects of their lives. The only FTA work that was done at that time was to pay Alma Daniel the money she was owed for her expenses in running FTA. That left a little money to keep paying for a phone and postage for a while. FTA was in a dormant state.

In 1989, the last of 3 issues of “Floating” published with a Mini Center Directory included. 55 Centers listed in USA, Canada and Great Britain.

University of Toledo kept medical research going until early 1996. Even though research couldn’t be supported in the usual manner, it was funded by giving students laboratory experience which prolonged it since John Turner and Tom Fine were skilled in teaching the lab protocol.

Small areas of research were going on at the University of Washington at Pullyup led by the Barabasz’s and also, Rod Borrie’s work at University of New York at Stony Brook. I don’t have the dates on these.

Dormancy ensued until 2011, when there was a public upsurge of interest in floating. There was a “Float Summit” called by Mark Frickel, an American living with his family in France who wanted to breathe some life into FTA, and asked the small group of ~ 30 attendees if they would like to revitalize the FTA. The response was totally positive, and the group’s wish, as stated, was to have 2 main purposes for FTA:

1.Work with the health Dept.’s in the USA to stop the restrictions on the opening of tank centers. There was a large surge in interest to open tank centers and many of the states categorized tanks as swimming pools, which placed them in a category of having to use chlorine as a disinfectant which works in a swimming pool, and is toxic in the small enclosed space of the tank. The state of Tennessee carried the pool classification to its logical ridiculousness by requiring a lifeguard on the premises.

2. Speak as an organization to all available ears about floating and we’re working on that together, all of us.

A New York lawyer who attended the Float Summit volunteered to check the status of FTA with the NY Attorney General, and found that we are still viable as a Corporation, and have a small financial penalty – $100- to reinstate FTA with the IRS . We are ready to go.

As required in the BY-LAWS, we assembled the 5 remaining members of the last Board of Directors and we have been meeting for the last year to see how to fulfill what we said we wanted. They are:

This group has been meeting for the last year and agreed that the FTA mission statement is: ” To define and disseminate best practices in floatation for optimal quality of human experience, and continue exploration and research on the benefits of floatation towards sustainable well being”. These include: fluid and air quality of tank, physical characteristics of non- floating environment, air flow in tank, absence of sensation at air/water interface…and many more.

The FTA Board decided to join forces with Float On for this Conference.

We want to get our membership growing and to have a network of committees going across state lines, center lines, and to form along lines of interests and capabilities. We currently have a  Health Dept. committee doing an excellent job on the subject. They will report during this conference.