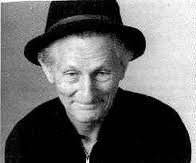 Example of Teaching
“In the province of the mind, what one believes to be true either is true or becomes true.”

Center of the Cyclone: Looking into Inner Space

Dr. John C. Lilly, M.D. (1915-2001) was a physician and psychoanalyst specializing in biophysics, neurophysiology, electronics, computer theory, and neuroanatomy. Inventor of The Isolation Tank Method of exploring consciousness. This work led him to interspecies communication research projects between man and dolphin. Timothy Leary praised John as the twentieth century’s Columbus, who brought back conspicuous data from the far most inner world journey.

His eclectic career began as a conventional scientist doing research for universities and government. However, he gradually began researching unconventional topics. He published several books and had two Hollywood movies based partly on his work.  He was a researcher of the nature of consciousness using mainly isolation tanks, dolphin communication, and psychedelic drugs, sometimes in combination.

During World War II, he researched the physiology of high-altitude flying and invented instruments for measuring gas pressure.  After the war he trained in psychoanalysis at the University of Pennsylvania, where he began researching the physical structures of the brain and consciousness. In 1951 he published a paper showing how he could display patterns of brain electrical activity on a cathode ray display screen using electrodes he devised specially for insertion into a living brain.

In 1953, he began a job studying neurophysiology with the US Public Health Service Commissioned Officers Corps. At the NIMH in 1954, with the desire of isolating a brain from external stimulation, he devised the first isolation tank, a dark soundproof tank of warm salt water in which subjects could float for long periods in sensory isolation. Lilly and a research colleague were the first to act as subjects of this research. What had been known as perceptual isolation or sensory deprivation was reconceptualized as Restricted Environmental Stimulation Technique (REST).

He later studied other large-brained mammals and during the late 1950s he established a facility devoted to fostering human-dolphin communication: the Communication Research Institute on St. Thomas in the Virgin Islands. During the early 1960s, Lilly and co-workers published several papers reporting that dolphins could mimic human speech patterns. Subsequent investigations of dolphin cognition have generally, however, found it difficult to replicate his results.

There Really was an Amorous Dolphin Peter: More on Easy Travel to Other Planets

For the Love of Dolphins

Dr. John Lilly on The Present