Ramana Mahashi on Turiya and Samadhi

Question : Is samadhi the same as turiya, the fourth state?

Ramana Maharshi: Samadhi, turiya and nirvikalpa all have the same implication, that is, awareness of the Self. Turiya literally means the fourth state, the supreme consciousness, as distinct from the other three states: waking, dreaming and dreamless sleep. 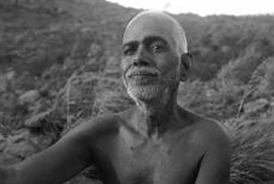 The fourth state is eternal and the other three states come and go in it. In turiya there is the awareness that the mind has merged in its source, the Heart, and is quiescent there, although some thoughts still impinge on it and the senses are still somewhat active. In nirvikalpa the senses are inactive and thoughts are totally absent. Hence the experience of pure consciousness in this state is intense and blissful. Turiya is obtainable in savikalpa samadhi.

Ramana Maharshi – There are not different blisses. There is only one bliss which includes the bliss enjoyed in the waking state, the bliss of all kinds of beings from the lowest animal to the highest Brahma. That bliss is the bliss of the Self. The bliss which is enjoyed unconsciously in sleep is enjoyed consciously in turiya, that is the only difference. The bliss enjoyed in the waking state is second-hand, it is an adjunct of the real bliss [upadhi ananda].

Question : Is samadhi, the eighth stage of raja yoga, the same as the samadhi you speak of ?

Ramana Maharshi : In yoga the term samadhi refers to some kind of trance and there are various kinds of samadhi. But the samadhi I speak of is different. It is sahaja samadhi. From here you have samadhana [steadiness] and you remain calm and composed even while you are active. You realize that you are moved by the deeper real Self within. You have no worries, no anxieties, no cares, for you come to realize that there is nothing belonging to you. You know that everything is done by something with which you are in conscious union.

Source: from David Godman Excellent Book “Be As You are”