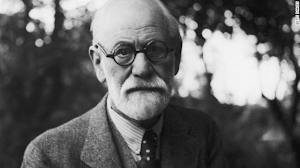 Example of Teaching
“Love and work are the cornerstones of our humanness.”

Civilization and Its Discontents (Complete Psychological Works of Sigmund Freud)

The Interpretation of Dreams: The Complete and Definitive Text

Born in the Austro-Hungarian Empire in 1856, Sigmund Freud is considered the father of psychoanalysis, Sigmund Freud is best known for his tendency to trace nearly all psychological problems back to sexual issues. Although only parts of his theory of psychosexual development are still accepted by mainstream psychologists, Freud’s theory of the Oedipal Complex has become a cultural icon nevertheless. Other now-famous Freudian innovations include the therapy couch, the use of talk therapy to resolve psychological problems, and his theories about the unconscious — including the role of repression, denial, sublimation, and projection.

Initially a Viennese medical doctor, Freud was trained in neurology, and he originally drew inspiration from the work of Charles Darwin which explained behavior in evolutionary terms. But Freud’s introduction to hypnotherapy and to the stunning revelations it elicited from mentally ill patients led him to develop a revolutionary theory of the mind and of the dynamics underlying human behavior. While Freud’s theories have always been controversial, his work forms a major portion of the foundations of modern psychology, with considerable modification by later theorists.

Freud discovered was that, having been guided into a relaxed mental state, the patient’s mind would then gravitate toward the troubling experience or belief that was causing dysfunctional symptoms –especially if prodded by the right kind of questions. More importantly, once the patient had recalled and verbalized the particular problematic experience or belief, the symptoms disappeared.

This experience with hypnotherapy made Freud a staunch proponent of this catharsis or “talking cure”, as a way to alleviate or remove hysteria and neurosis. But he soon found that actual hypnotism was unnecessary with most patients. Rather, he came to develop his own distinctive approach. As part of this he invented a “therapy couch”, a comfortable bed-like piece of furniture, on which the patient could recline and deeply relax, while the therapist sat close by for conversation and note taking. This was used as substitute for the relaxing properties of hypnotherapy. In addition he developed the now famous technique of “free association” — encouraging the patient to speak aloud about any thoughts or images that drifted into their awareness. To this he later added the use of dream analysis, the use of journals or diaries, and even what we now call “the Freudian slip” — i.e. the notion that slips of the tongue, or forgetful lapses, are far from random and accidental, but are instead manifestations of the unconscious mind at work. As such, these slips were yet another clue about the particulars of repressed conflicts and experiences.

The Escape of Sigmund Freud

Chapter IX. My Views on the Role of Sexuality in the Etiology of the Neuroses

A Philosophy of Life