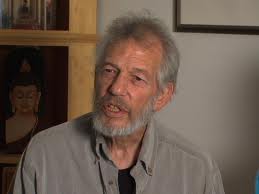 A Year to Live: How to Live This Year as If It Were Your Last

Who Dies?: An Investigation of Conscious Living and Conscious Dying

Stephen Levine (July 17, 1937 – January 17, 2016) was an American poet, author and teacher best known for his work on death and dying. He was one of a generation of pioneering teachers who, along with Jack Kornfield, Joseph Goldstein and Sharon Salzberg, have made the teachings of Theravada Buddhism more widely available to students in the West. Like the writings of his colleague and close friend, Ram Dass (formerly Richard Alpert), Stephen’s work is also flavored by the devotional practices and teachings (also known as Bhakti Yoga) of the Hindi Guru Neem Karoli Baba.

This aspect of his teaching may be considered one way in which his work differs from that of the more purely Buddhist oriented teachers named above. Since Buddhism is largely considered a non-theistic faith, his allusions in his teachings to a creator, which he variously terms God, The Beloved, The One and ‘Uugghh’, further distinguish his work from that of other contemporary Buddhist writers.

One of the most significant aspects of Stephen’s work and one for which he is perhaps best known, was his pioneering approach to working with the experience of grief. Over 34 years, Stephen and his wife Ondrea counselled concentration camp survivors and their children, Vietnam War veterans as well as victims of sexual abuse.  Although Stephen acknowledged that our experience of grief is perhaps at its most intense when a loved one dies, he also drew our attention to grief’s more subtle incarnations.

“Our ordinary, everyday grief,” accumulates as a response to the “burdens of disappointments and disillusionment, the loss of trust and confidence that follows the increasingly less satisfactory arch of our lives”. In order to avoid feeling this grief we “armour our hearts,” which leads to a gradual deadening of our experience of the world. Stephen taught that “when a loved one dies, or indeed when our own death approaches, the intensity of the loss often renders our defenses ineffective and we are swept up by a deluge of griefs, both old and new.”

The author of several books about dying, Stephen and his wife Ondrea spent one year living as if it were their last. Their son Noah initially rejected his father’s work, then started to teach meditation on his own. Stephen and Ondrea appeared in the 2007 documentary, Meditate and Destroy, that focuses on the life of their son Noah Levine.

What We Can Learn From The Dying – Stephen Levine

A Year to Live An Interview with Stephen Levine

A Year to Live

Poems about The Beloved, Grace and The Guru

The Poetry of Stephen Levine

Steven and Ondrea Levine: Pioneers of Dying With Dignity