The play of sexual polarity and its effects on relationship choices

David Deida:  What does it take to create a lasting sexual attraction between a man and a woman? What is this force of attraction we call sexual polarity? 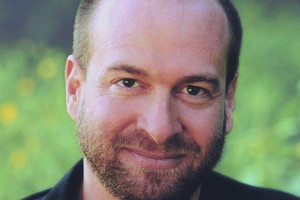 Great questions, you may say, but what does this all really mean when it comes down to our relationships with the opposite sex? Have you ever noticed either in your own or in your friends’ relationships, you can tell when there is a spark of sexual attraction or when there is more of a ‘friend energy’ than that of lovers? This ‘friend energy’ primarily occurs when two people have a lot in common but do not have a strong sexual polarity.

Tantric author David Deida says, “Masculine and feminine aspects exist in all beings. For real passion to occur, there needs to be a ravisher and a ravishee. Sexual attraction is based on sexual polarity. All natural forces flow between two poles. The North and South Poles of the Earth create a force of magnetism. The positive and negative poles of a battery create an electrical flow. The masculine and feminine poles between people create a flow of sexual energy in motion.” (Secrets of Mind and Reality)

“Sexual polarity is not required for love but it is necessary for sexual attraction in a relationship.”

A man may have a feminine core and a female may have a masculine core, or they could both be more balanced in their masculine and feminine aspects, but as long as one partner is willing to play the masculine polarity while the other plays the feminine polarity, they can enjoy sexual interaction with each other in a satisfying manner. David Deida says it eloquently in his groundbreaking book, “Way of the Superior Man.” He also speaks about the feminine polarity in his book for women, “Dear Lover.”

Women and men both have feminine and masculine traits. However, they use them in different ways and in different situations. Most women use their masculine traits at work or when they need to step up and take a direction, but their core is still feminine. Most men may show emotions and feel compassionate, which are feminine traits, but they are still at masculine at their core. I know I often feel my masculine energy at play when I am working or when I am being a leader. But at my core, I have a feminine sexual essence.

David told me many years ago that I have a feminine sexual essence but that my masculine essence is also very strong on the surface. Sometimes he said, a woman may create a shell around herself that is more masculine and then she needs to learn how to break that shell apart to get in touch with her feminine core. This is especially true since the Women’s Movement began, when women were often encouraged to be more self-sufficient and became more like men. Now we are learning that women can be more effective by being a ‘woman in the board room’, balancing her masculine drive to accomplish with the feminine, creative qualities which are her essence.

David also said that the women’s movement confused many men about what women really wanted from them. Men were told by women, that they wanted their men to be more sensitive. This gave rise to a whole generation of men who were more in touch with their feminine side than their masculine, diminishing the natural polarity between them, and leaving both sexes unsatisfied. This confusion created more of a rift between men and women and caused many women to feel that they had to be the ‘man’ in a relationship. David Deida explains what having a masculine and feminine essence is in his books and you can also read more about these in my articles, Discovering the Masculine Sexual Essence and The Sexual Essence of a Woman.

According to Deida, the feminine looks to the masculine for direction. A woman does not want a man to look to her for direction but would rather he follow his own direction. It is better for a man to act when he wants to and not need a woman to give him permission to do as he pleases. A woman would rather a man act when he feels like it instead of when she feels like it, and for him to be able to change her feelings at will. That is why a woman prefers a man to take the initiative in everything. She wants him to keep leading and advancing every step of the way instead of waiting without knowing what to do next.

A man with a strong masculine essence and who is conscious, will be someone who lives with a strong direction within himself. He feels driven or committed to this direction whether it be a cause, his career, or something he believes strongly in. He enjoys the Still Presence of his true nature and knows that his Presence is his gift to not only his woman but the world.

Your sexual essence alone does not create sexual polarity. But knowing where you sit on this scale will help you to understand your attraction to others. The more polarized you feel with someone the more attracted you will feel. The greater the polarization, the stronger the attraction and passion you will have. Of course, sexual polarity is only part of the reason a person feels chemistry. But it is a big part of why you may find yourself pulled to be with someone. Most people are attracted to their sexual reciprocal, that is to say if you are a man with a 70% masculine essence you will want to be with a woman who is 70% on the feminine side of the scale and vice versa. If you are a woman who is 30% feminine and 70% masculine you will be attracted to a man who is 70% feminine and 30% masculine.You can learn more about why we are attracted in this way in the article, Redefining Masculine and Feminine.

Remember that where ever you may find yourself on the scale of sexual polarity, you have the opportunity to embody more of your true sexual essence. Studying Tantra is one of the best ways I know to help you embrace your masculine or feminine essence in a whole new way, and to bring balance to these two energies. Tantra is a dance of masculine and feminine energies both between lovers and with all of life. As lovers both have the opportunity to play Shiva and Shakti. In Tantra, a man learns how to open his heart, become more present in himself, to his woman and to the world. A woman learns how to radiate out her love even more in everything that she does and to open her man’s heart so that he can connect his heart with his sex. She also awakens to the power of her sexual energy as ‘shakti’ and to give herself permission to express the fullness of her feminine sexual essence.