Resurrect Your Soul in God

by Paramahamsa Yogananda: Christ is risen from beneath the sepulcher of your indifference if you would behold Him in the lightof your devotion. 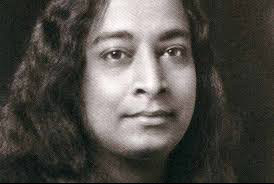 He is risen from the imprisoning walls of flesh if you, a sleeping son of God, would come out ofyour bodily prison into the freedom of Spirit.
Crucify your ignorance and hide-bound evil customs, and rise from beneath the tomb ofnarrowness into the freedom of Cosmic Brotherhood.
Resurrect your soul from the tomb of reincarnations.
Christ-fragrance is ascending from the living graves of material human consciousness, anddescending on the devotion of true devotees everywhere. Wash the altar of your heart with tearsof repentance, so that Christ Consciousness, love of all races, all creatures, may resurrect withinyou.
When your body is crucified with disease, ascend into the consciousness of health.When your mind is crucified with trials and temptations, awaken into the sphere of self-control.
When you are entombed in sorrow, resurrect yourself into happiness.
When you are buried beneath restlessness, resurrect your mind into continued deep silence.
Your God-love has long been crucified by your inner indifference remaining hidden within you;awaken it, and resurrect it into the consciousness of the Absolute Bliss by daily deepconcentration.From Talks and Articles by Paramhansa Yogananda
Always Look to the Light
Excerpted from The Essence of Self-Realization, by Paramhansa Yogananda, recorded and compiled by Kriyananda
A room may be in darkness for thousands of years, but if a light is brought into it, in that veryinstant the darkness vanishes. So is it with sin. You cannot drive sin out of the mind any morethan you can beat darkness out of a room with a stick. By concentration on delusion, indeed, youmay only increase its hold on your mind. Bring in the light of God, however, through deepmeditation and devotion, and the darkness will vanish as though it had never been.
If one thinks of sin as breaking God’s commandments, the thought then arises of God’s angerand stern judgment. But the Lord is our very own! We are His children. Why should He judge us?It is we, rather, who judge ourselves when we imagine that anything we do is beyond forgiveness.But if we understand sin as error, we realize that our errors can be rectified.
Never be afraid of God. Tell Him the things you’ve done wrong. Remind Him that you are Hischild. That is much better than whining, ‘Lord, I am a sinner! I am a sinner!’ You are made in Hisimage. Pray, then, ‘Well, Lord, I have made mistakes, but once I know You, there can be no moretemptation for me.’