The Act of Power by Lynn Andrews 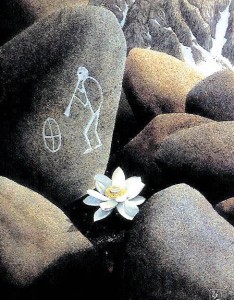 It is when we look inside ourselves to that place of passion or essence that needs and wants to be expressed in the world above all else.  An Act of Power is an act of stretching. It means that you’ve stretched beyond the ordinary boundaries that form your commitments in your life. The Act of Power, besides being a way of producing in the world, regardless whether it is in your personal or your public life, is not the issue. The issue is the stretching, because when you’ve committed to something and have to reach deeply inside of yourself for the Power that you know lives there, but has perhaps never been expressed, you can’t help but create a mirror that you cannot avoid looking into. An Act of Power provides one of the greatest teachers of all, the Teacher within yourself and provided By yourself.

Many people resist doing an Act of Power, and these days, I find that more and more. That is the case because we are under greater stress in this decade than ever before. We’ve come through the neck of the hourglass of 2012 and now we have to re-invent our whole consciousness in 2013. The Great Dreamer has Awakened. We are also working two or three times as hard and getting less reward. We get stuck in functional ruts that we don’t belong in.

Acts of Power do change in your life; once you’ve created an Act of Power, and maybe it took you 5 or 10 years to manifest, there is a time of resting, of pulling back the bow and choosing a new target to shoot your arrow toward in your life. I am speaking metaphorically about focusing your intent and directing your energy toward a particular endeavor.

Many of you have been working on this Path of Heart for a long time, you are getting to that place where a new Act of Power is becoming an issue. So, why is it so difficult to make that step towards higher consciousness?

I want you to take a deep breath and close your eyes. Relax and visualize that you are walking with me on a trail of stars. We fly through the night sky and arrive at a mountain. You see a glow up ahead in the side of the mountain, and we move together toward what is a cave with a fire burning brightly within. Agnes Whistling Elk greets us at the entrance to this cave. She hugs you, and you are enveloped in a deep feeling of love and bliss.

Agnes tells you that this cave will help you with your new acts of power in 2013 and beyond. It will enable you to hold your own Dream aloft now that the Great Dreamer is Awake.

We go inside the cave, and you see many symbols carved on the doors on the side of the cave and on the cave floor, in myriad, shiny colors. As you explore the symbols, Agnes asks you to find a symbol that represents an aspect of you that you are ready to integrate into your new life, this new beginning of consciousness, in 2013.

Once you find the symbol, Agnes takes you to the doors that line the cave walls. You see the symbol you’ve chosen carved on one of the doors. Agnes opens the door and ushers you into this room. It will be as individual as you are. Agnes tells you that there is a teaching here for you. Take some time.

After awhile, Agnes gently knocks on the door, and leads you to a seat be the fire. You notice the symbols on the floor, and Agnes tells you to choose one that represents the new Act of Power that you are ready for right now. After you have your symbol, Agnes gives you a small crystal as a gift. She says goodbye, and gives you one more hug as we leave the cave.

Allow these images to fade, and now open your eyes, feeling refreshed, serene, and full of confidence that you will manifest your new Act of Power!

I want you to find a small stone or crystal and keep it near you, as a reminder for your first new Act of Power in 2013!