The Airplane Route to Success and Prosperity

by Paramahansa Yogananda: By the power of concentration, you can use the untold power of mind to accomplish your worthwhile goals, and to do quickly what would ordinarily take a long time. I will tell you of such an experience. 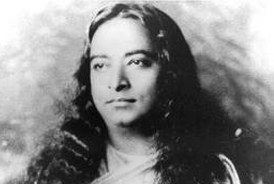 A direct route to success
A friend told me that my success in the spiritual realm would not help me succeed in business. I replied, “Within two weeks I will make five thousand dollars for you through business investments.” He replied doubtfully, “I am from Missouri. You will have to show me.”

I did not rush about looking for ways to invest money. I sat in meditation and used my powers of concentration to disengage my mind from all distractions, and focused my attention on the inner divine source. Everything is recorded in the divine source – every change in the physical body, in the planetary system, and in business. When I touched that source, I prayed fervently for guidance. Right away I was shown lots of houses.

I went out and bought the Sunday papers and looked at the real estate advertisements. I selected a few houses that looked like good investments and advised my friend to buy them. He said, “The market for real estate seems pretty shaky right now.” “Never mind, doubting Thomas,” I replied. “Don’t spoil success by your doubts.”

In two weeks there was a real estate boom. The prices of houses rose very high. My friend sold the houses and reaped a clear profit of five thousand dollars. I had shown him what the concentrated power of the mind can do when we apply it with faith in God. The power of concentration, when guided by the Divine, does not lead you blindly through the jungle of wrong investments. You go straight to success.

Always start from within
All people of success have had great concentration. They would dive deeply into their problems and come up with the pearls of right solutions. You can apply concentrated mind power to all fields of activity and knowledge. The key is to start from within, not from without.

All knowledge comes from the inner source. By starting from within, I learned to play musical instruments. I thought, “Well, the first musician had no one to teach him. If he could learn, then I can also learn to play a musical instrument.”

By starting from within, you can acquire the experience of many years within a short time. The first step is to increase the receptivity of your intuition. Calmness, concentration, and condensation of experiences by intuitional perception will make you master of all knowledge.

The power of receptivity
When I met Luther Burbank, he showed me a walnut tree and said, “I took off more than one hundred years from its usual period of growth. I grew that tree in twelve years.” And I could see the tree bearing walnuts!

If the walnut tree can be made to grow in twelve years, instead of one hundred years or more, there is a chance for human beings also. How is a human being within the limited span of his existence going to be able to acquire all the knowledge he needs to accomplish his goals?

The power and largeness of your inner receptivity determine how much, and how quickly, you can grasp knowledge.  By awakening the brain cells through meditative practices, you can increase your receptivity. The receptivity of the brain cells can become so great that you can quickly grasp whatever knowledge you need. The person of great receptivity quickly sees everything. In a single lifetime, you will be able to absorb within yourself  everything you need to know.

How to make brain cells more receptive
This body changes every twelve years, and the mind changes correspondingly. If it takes twelve years of growth and development to manifest certain thoughts, how are you going to make the brain receptive to all wisdom? You cannot absorb all wisdom unless your brain evolves accordingly.

The masters of India have taught a method of revolving certain kinds of vital currents around the spinal column and brain that develops their receptivity.** When, by the power  of concentration, all spinal and brain cells are focused on the cosmic source, they become highly magnetized. By twelve practices of this method you gain the result of one year’s ordinary evolution of the brain. In a year, you gain the result of many years of evolution.

Practices like these have enabled many saints to gain spiritual knowledge quickly, far beyond that of theoretical theologians. These saints can perceive in a second the equivalent of years of ordinary experience. Revolving this current around the spinal column and brain is what develops that receptivity. Jesus Christ did not go to college, but not one of the scientists in the world knows nature’s laws as he did.

Scientists would accomplish much more if they concentrated on increasing the receptivity of their brain cells, instead of depending only on books and other outward sources. When the divine magnetism touches the brain cells, each individual cell becomes a vibrant brain. You then have a myriad of awakened brains ready to grasp all knowledge. With billions of awakened brain cells, you will be able to apprehend all things.

Whenever you want to know something, meditate and go within. When the mind is calm and receptive, ask the Divine to direct you to right action, and act according to the inner direction you receive. With the power of awakened brain cells you will quickly perceive everything. Success in all things will come to pass in a short time.

Why brilliant people sometimes fail
Why is it that many brilliant people with great powers of concentration do not succeed, or achieve only meager success?  Success depends not only upon your power of concentration, receptivity, and mental efficiency in this life, but also upon your failures and successes in past lives, which are carried over into the present as subconscious tendencies and traits.

These subconscious tendencies explain why many people fail despite their conscientious efforts. Even the most successful financier may sometimes experience reverses in his fortunes due to the sudden manifestation of subconscious failure tendencies.

Henry Ford, for example, nearly lost his entire fortune during WWII. He had acquired great wealth in life because he had been prosperous in former lives. But his subconscious mind was filled with failure tendencies due to the failures of past lives. During the war, when conditions were unfavorable to certain lines of business, his failure seeds sprouted and almost caused his financial ruin. If he had permitted himself to become discouraged he would have lost everything.

By a superhuman effort of will, he fought off his brutal business competitors, who were bent on destroying the organization he had built up during many years of hard work. His success consciousness of the past was reinforced by his initiative in this life, his trained business judgment, his knack for choosing the right workers, his perseverance, and his daring.

The will: your most effective weapon
The example of Henry Ford shows that financial success depends both on a person’s earning ability in past lives and on his determined exercise of will power in this life. The key to victory over karma is will power, exercised in conscious attunement with the Divine through meditation.

Whatever we have done in past lives, or in this life, can be undone. If a particular karma is strong, it can at least be modified. If you refuse to be discouraged or apprehensive, and do your part and rely upon God to do His, you will stimulate the dormant success consciousness of past lives.  The power of a strong will, guided by divine wisdom, is unlimited. Increasing your power of receptivity through meditative practices will help you overcome the karma more quickly.

Visualization and affirmation are not enough
Some people think that by visualizing a Rolls Royce or mentally picturing Henry Ford, they can acquire a Rolls Royce or become like Henry Ford. This viewpoint ignores the karmic law of cause and effect which governs the destinies of every person. No matter how clearly or powerfully all the people in the world visualized Henry Ford, not all of them would become like him.

Visualizations or affirmations of success can encourage and strengthen your conscious mind, but the conscious mind alone can not achieve success if it is hindered by karmic law. Only by contacting God in meditation, and tapping into His unlimited power, can a person overcome a strong poverty tendency from the past.

Success and divine abundance follow the law of service and generosity. Those who seek prosperity only for themselves are either bound to be poor for some time, or to suffer from mental inharmony. But those who think of others and work for group prosperity find that cosmic forces support and guide them in their efforts to achieve success. The law of magnetism works in their favor.

Accelerate your spiritual progress
Through the power of concentration and increased receptivity, you can use your attention to do quickly a thing which ordinarily would take a long time. Not only can you achieve business success more quickly, you can also quicken your evolution in all areas of life, including your own inner life.

Learn to use your awakened brains cells and intuitional perception not only to apprehend all knowledge but also to accelerate your spiritual progress.

From articles written in the late 1930s.

Related reading: How to Be a Success The Wisdom of Paramhansa Yogananda, Volume 4, Crystal Clarity Publishers.