The Body of Light in Mystical Traditions

THE BODY OF LIGHT   Could humanity be prepared to move into a “light body” of some kind, as the mystical prophecies of Zoroaster, the founding fathers of America and others seem to have suggested? 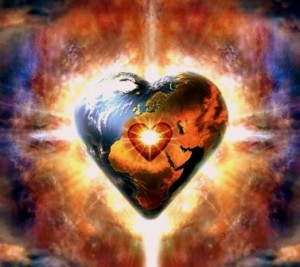 William Henry and Dr. Mark Gray reveal the widespread prevalence of light-body references in numerous ancient traditions—where the human body is transfigured into a new form.

TRADITIONS WHICH REFER TO LIGHT BODY

Tibetan Buddhism has ongoing reports of the “Rainbow Body” to this very day—in which people transform their physical bodies into a new, rainbow-colored energetic form after many years of practice. In many cases, they would complete this process of transformation by meditating in a cave. When they come out, and are ready to graduate to this next level of their own evolution, they will often push their hand or foot directly into the stone. There are fully 160,000 documented cases of the Rainbow Body in Tibet and India alone.

THE PRACTICE OF NATURAL LIGHT

It is mentioned in the book :”Dream Yoga and the Practice of Natural Light by Namkhai Norbu Rinpoche”. Here’s a particularly good description of the process.  Body of Light: Tibetan, ja-lus. Also known as the “rainbow body.”  Certain realized beings. . . . In this process the physical body dissolves into its natural state, which is that of Clear Light. As the elements of the body are purified, they transform from their gross manifestation (body, flesh, bone, etc.) into their pure essence as the five colors: blue, green, white, red and golden yellow. As the body dissolves into these five colors a rainbow is formed, and all that remains of the physical body are fingernails and hair.

Twentieth-century practitioners of Dzogchen who have attained the Body of Light include the teachers and family members of Namkhai Norbu Rinpoche.

As reported in 2002, David Steindl-Rast, a Benedictine monk, proposed a scientific investigation of the Rainbow Body phenomenon with the Institute of Noetic Sciences—and got an enthusiastic approval. Steindl-Rast explains the effect it would have if this phenomenon were studied and widely acknowledged as genuine.

“If we can establish as an anthropological fact that what is described in the resurrection of Jesus has not only happened to others, but is happening today, it would put our view of human potential in a completely different light”

Steindl-Rast then contacted Father Francis Tiso, an ordained Catholic priest who frequently visited Tibet, and encouraged him to explore recent cases of Rainbow Body and document his findings. Tiso explored the case of Khenpo A-cos, a Gelugpa monk from Kham, Tibet, who died in 1998.

THE CASE OF KHENPO A-chos in TIBET

The witnesses reported a rainbow appearing over Khenpo A-chos’s hut a few days before he died, and that “dozens of rainbows” appeared in the sky afterward. He was not sick and nothing appeared to be wrong with him—he simply chanted a mantra.

According to the eyewitnesses, after his breath stopped his flesh became kind of pinkish. One person said it turned brilliant white. All said it started to shine. Lama A-chos suggested wrapping friend’s body in a yellow robe, the type all Gelug monks wear. As the days passed, they maintained they could see, through the robe, that his bones and body were shrinking. They also heard beautiful, mysterious music coming from the sky, and they smelled perfume. After seven days, they removed the yellow cloth, and no body remained.

Lama Norta and a few other individuals claimed that after his death Khenpo A-chos appeared to them in visions and dreams . . . Lama A-chos told Tiso that it takes sixty years of intensive practice to achieve the rainbow body. “Whether it always takes that long, I don’t know,” acknowledges Tiso, “but we would like to be able to incorporate, in a respectful way, some of these practices into our own Western philosophical and religious traditions.”. . . To our knowledge, says Tiso, the bodies of most Christian saints did not disappear or shrink after their deaths. . . . However, he adds, bodily ascensions are mentioned in the Bible and other traditional texts for Enoch, Mary, Elijah, and possibly Moses. And there are numerous stories of saints materializing after their death, similar to the widespread phenomenon known as the “light-body”.

David Wilcock page 495 of his book, “The SOURCE FIELD Investigations”