The Conscious Lifestyle: A Leader Must Be Aware

by Deepak Chopra MD (official):  (In this series of posts we’re discussing the qualities of leadership using the acronym L-E-A-D-E-R-S. The second letter, “A,” stands for awareness.) 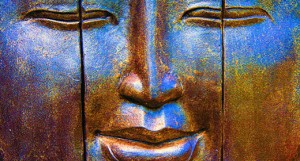 Since “conscious” and “aware” are synonyms, the conscious lifestyle is all about becoming more aware. If we narrow our focus to the challenge of being a leader, awareness becomes more specific. All of us will benefit by being more aware, but in addition a leader has to be aware of other people and quite often aware for other people. That is, he anticipates what the group is thinking and feeling. Ego blocks this kind of awareness, and so does ambition, selfishness, and competitiveness – if you let them stand in the way. The best competitors know what their rivals are thinking and use this knowledge to gain an edge.

To begin at the beginning, awareness produces realistic self assessment. If you take awareness seriously, you find yourself asking some fundamental questions: Who am I? What do I want? What does the situation demand? A leader must ask these questions of himself and inspire his team to ask for themselves. Many would-be leaders shy away from psychology, but that’s not exactly what awareness is. In the recent biographical PBS program on Henry Ford, who had almost no inward gaze, his entire life, from childhood onward, was based on a rock-solid self-evaluation.

Ford knew he was special and had something important to contribute. He knew he wanted to make advances in machinery, and by the time he was twenty his focus turned to the automobile. He knew that he wanted to change the lives of common people by giving them cheap mass transportation, and this desire to improve the lot of the common man later extended to his own factory workers, who were given the highest wages in the industry (the famous $5 a day that Ford proposed in 1914), along with mandatory English lessons for a work force that was largely immigrant. Eventually Ford’s vision extended to building utopian communities in faraway pace like Brazil so that his ideal American worker could be a worldwide model.

None of us are likely to become Henry Ford, but his example points out the critical ingredients of awareness:

It’s not often noticed, because Ford rose so quickly to dominate the auto-making scene, that from the age of sixteen he worked for ten years in Edison’s Detroit electrical plant, and that his first auto venture was shut down by his investors after three years. What sustained him during this time was awareness, not simply self-confidence. Awareness is like an antenna, constantly assessing the feedback being sent both inside and outside. You are aware of where you stand in relation to your environment and where you stand in relation to yourself.

(Ford had a dark side, including anti-Semitism, and his vision hardened over the years. I’m not remotely endorsing those aspects.)

As a leader, your awareness affects everyone around you. Those whom you lead and serve depend on your perception of the situation. You must reach inside for the right response. You alone can raise the group’s awareness from lower needs to higher needs. To do that, you first must fulfill each need in yourself.

There is no limit to what you can change, because awareness brings light to every aspect of life. If your consciousness is constricted, everything else will be, too. On the other hand, if you are in a state of expanded awareness, everything else will expand. The most ancient wisdom traditions say, Know that one thing by which all else is known. That one thing is consciousness itself. There is no greater power of transformation.

We’ll build on these points in the next post, explaining what “expanded awareness” means and why it is so vital to success.

Deepak Chopra, MD is the author of more than 70 books with twenty-one New York Times bestsellers. FINS – Wall Street Journal, stated that “The Soul of Leadership”, as one of five best business books to read for your career. Co-author with Rudolph E. Tanzi, their latest New York Times bestseller, Super Brain: Unleashing The Explosive Power of Your Mind to Maximize Health, Happiness, and Spiritual Well-being (Harmony, November 6, 2012) is a new PBS special.