The Three Waves of Volunteers – Part One with Dolores Cannon

Dolores Cannon:  By any stretch of the imagination, people who randomly pick up her books and browse through them would declare them to be science fiction. 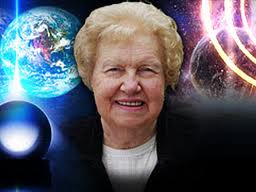 But author and lecturer Dolores Cannon, a regressive hypnotherapist and psychic researcher, says the truth can be much stranger than fiction.

Her many books focus on such topics as Nostradamus, Jesus and the Essenes, the Afterlife, the original birthing of humanity on Earth, Past Lives – and everything from the birth of the planet to extraterrestrials and abductions shared in an ongoing series of books entitled “The Convoluted Universe.” They arise from Cannon’s unique technique of regression using hypnotherapy that taps into the “Superconscious” of the client, revealing not only past-life issues that affect the client in this life but information related to mysteries of the universe. That’s not all. Cannon’s hypnotherapy clients also are being healed spontaneously of diseases and conditions as serious as life-threatening cancer. 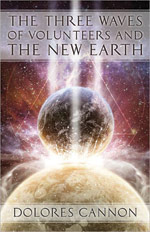 Her latest book, The Three Waves of Volunteers and The New Earth(Ozark Mountain Publishing), reveals that since the two atomic bomb explosions in Japan in 1945, three distinct groups of souls representing beings from across the universe have been volunteering to be birthed as humans so they can uplift the frequencies of Earth and help prevent a global catastrophe.

The challenge for these souls, Cannon said, is that when they are born they lose all conscious memory of who they once were and why they volunteered to be born here in the first place. She shared more about these volunteers during a phone interview with The Edge from California while on a national tour to lecture and teach her hypnotherapy technique to others. 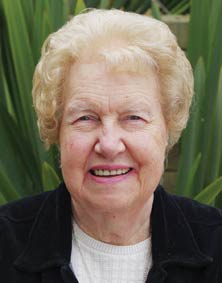 For those who have not heard of you or are not familiar with the vast amount of information you have gleaned from your willing hypnosis clients, how would you describe the thread that ties all your work together and what does this new book add to what you have already done?
Dolores Cannon: Well, I’ve been doing hypnosis for over 40 years. I developed my own technique down through the years. It’s not like any other hypnosis technique out there. We are able to contact what I call the greatest force there is, and it’s a source of all knowledge. I found the way to have it come through every single person that I work with, and I’ve worked with thousands of people.

In my classes, I teach others how to do what I do, and we have found we can have instantaneous healing in just one session working with this power, because it can come through anybody. This is what I am teaching now all over the world.

When you see thousands and thousands of clients, as I do as a therapist and a counselor, you begin to see a common thread going through many of the cases. Earlier on, it used to be that everybody would go back to a past life and I’d find some of the answers there, and then I’d explore the source of all knowledge to answer all of their questions and do the healing.

Just in the last five years or so, I began to see clients who weren’t all going into a past life on Earth. I began to find they had never been on Earth before and that they had come here directly from God, from the Source, from other planets, other dimensions, where they were light beings.

That’s the common thread that I have been finding, and that’s where I came up with the theory of the three waves of volunteers. When I began talking about this on my radio show and on “Coast to Coast” and at all of my events, people began contacting me from all over the world saying, “Finally, it made sense.” They said, “I thought I was the only person in the world that felt like that.” Like they didn’t belong here and they wanted to go home. They did not understand Earth. They just knew this wasn’t home. They didn’t know where home was, but they knew it wasn’t here, and they all wanted to leave because Earth is such a strange place. And they began to find out, “Well, I’m not the only one out there.”

That makes them feel a whole lot better, that there are thousands of people who feel the same way. Well, we found out why – because they have not been on Earth before. They are part of this special group that have come to help us through these times we are going through right now.

What are the volunteers here to do and why should we, as citizens of the planet, be interested in their presence here.
DC: They’re here to save the Earth, because the ones who are caught on the wheel of karma cannot do it. They are so ingrained in their own karma and repeating their same mistakes over and over again that there is no way they can keep us from blowing up the world. But souls coming in that are pure and have never had any lives on Earth can do the most good.

But now in body, these people don’t have any memory of why they came. They come in and an amnesia descends on the person and they don’t remember why they are here. But this group has an energy that they have to project. It is a loving energy that will change the mindset here on Earth. It will change history, just them being here. They don’t realize they are doing it, but they are generating positive energy to offset the negativity of the world.

But they don’t want to be here. They don’t like it here. They don’t understand Earth: “What am I doing here. I want to go home.” They just know this is not where they’re supposed to be, but they’re here to generate positive energy that will benefit everyone. They are here to raise the vibration of Earth.

Some of these people, especially the second wave of volunteers, said they can walk through a crowded mall and their energy will affect everybody they walk past. They don’t have to do anything. This energy is just projecting out of them, and it influences everyone in positive, beautiful way. So the average person should be grateful for that, because it is changing the vibration of the world and getting it away from negativity.

Toward the end of the book you even talk about a fourth group of volunteers, the Keepers of the Grid. Can you tell us about them?
DC: That was something I discovered as the book was being put together. I have written about Atlantis many, many times in my other books, in the Convoluted Universe series, and I thought that I had found all of the information on Atlantis, on why it went down, but I learned that Atlantis wasn’t the only civilization that was destroyed. There were many, many others before that.

Each time when people got to the point when they were using energy in the wrong way and couldn’t control it, they had to be stopped. And every time, everything would be reset on this planet. The civilization would go back to the primitive stages and start all over again.

Then I learned about the Keepers of the Grid. During a hypnotherapy session, a woman went back to Atlantis and was telling me the prime reason for Atlantis being destroyed. It was not what I’d heard before, and I told them, “I’ve never heard this theory.” And they said, “That’s because we’ve never told it to anyone before, so it’s new theory.”

In the days of Atlantis, this experimenting got out of hand. The Dark Matter began to collapse the grids of the Earth, so outside observers from the universe had to step in and stop it at that point.

Many of these people are coming back into body now, and their job is to energetically rebuild the grids of the Earth. But none of these people, the waves of volunteers or the Keepers of the Grid, know this consciously. But their presence here is extremely important.

Do you find that there are spiritual seekers out there who are curious if they are volunteers?
DC: Oh, yeah, a lot of them ask me that. Many people, who go back to past lives still have karma to be repaid, have written and e-mailed me saying, “I think I’m first wave” or “I think I’m second wave.” Because they resonate with the description of what they are. But, we never know until we do the session if they are or not. There’s always those people who want to be these things, and then you’ll find after you do a session there’s nothing there at all.

I’ve done hundreds and hundreds of these cases, and that is when I began to put the whole story together and it began to make a theory that I’d never heard before.

Perhaps it doesn’t really matter if we know that information, if we’re volunteers or not, and we should maybe just focus on living our lives the best that we can.
DC: That’s what I tell everyone. That’s why the memories were taken away, so we can just live and do what we’re supposed to do. The job is to help everybody, to help people. That’s the purpose of everyone who comes to Earth, even though they don’t realize it.

From the surface, it seems to me that the average Joe who picks up your book for the first time might look at it and say that what you have here is science fiction.
DC: I have some people at my lectures who say, “You’ve got to be the best fiction writer in the world!” There’s no way on Earth I could make this stuff up.

I have 16 books out there now, and all of it has come through the cases I have worked on with the average person just walking in off the street. I did not know these people until they came through the door of my office, from every walk of life you can imagine: CEOs of companies, professors of colleges, priests, shamans, and many ordinary people. I have not found anyone who has not had a past life. So, that should be one answer to the skeptics out there. It’s never what they were looking for to be the answer to their problems, but it’s definitely not fiction.

To me, this is real because I’ve worked on it for so many years, and it makes perfect sense to the client because it explains their problems and they can understand where it’s coming from. They put it into place and they can go on having a normal life. But even the average Joe who picks up my book is fascinated by it. They say they may not understand these concepts, but it makes them think, and that’s the important thing. They’ll know it’s not fiction once they get started into it.

Something inside of them will resonate with them when they start reading it?
DC: Yes. When I began writing The Convoluted Universe series, I wondered if anybody out there would be able to understand it, because I said that book is for people who want their minds bent like pretzels. Readers said the same thing: “It makes us think.” We go into all kinds of concepts and theories that even people who have studied metaphysics for years have never come up with, so it’s interesting.

My job is just to produce lost information and bring it back to our time. But, yeah, people when they read it say, “I know this and I don’t know how I know it, but I know it and I know it’s true.”