An Introduction to Science of Mind

“It can be taught, it can be learned, and it can be conscientiously applied with a certainty of definite and repeatable results.” Ernest Holmes –Founder of Science of Mind. 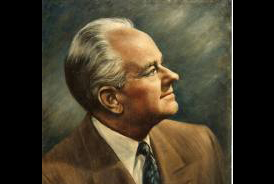 Science of Mind is not a creed as it contains neither dogma nor decree. Science of Mind encompasses no system of sin and punishment, no rule of conduct, no profession of faith. Instead, Science of Mind sets forth a simple opportunity, one that offers no contradiction to either reason or common sense. Any person, by deliberately applying the basic principle of cause and effect known as Universal Mind, can determine the conditions of his or her life.
Religious Science is not a cult. People are free to come and go as they please and there is no excommunication or shunning of individuals. Because Universal Mind represents an objective principle rather than a guru or a deity, it cannot dispense favoritism or judgment. Science of Mind and its benefits are accessible to all on equal terms- without ritual, investment, or formal affiliation. Interested seekers have nothing to confess, promise, renounce, or hand over.

The source of Science of Mind

is the heart of every religion. All faiths include the workings of an Unseen – variously called Mind, Spirit, First Cause, Being, or God. The 19th-century New Thought movement, shaped by Ralph Waldo Emerson. Phineas Quimby and others, considered this force an indwelling presence, instrumental in physical and spiritual healing. Such ideas prompted various people to explore them and also stirred the thought of Ernest Holmes (1887-1960). While refining the philosophy he called Science of Mind, Holmes gave lectures, held study groups, and eventually helped establish the Institute of Religious Science in 1927.

Science of Mind is an open-ended truth.

Ernest Holmes did not claim that he had found the ultimate answers to life’s questions. “This is my revelation- not yours,” he emphasized. “It must always remain open at the top for new insights.” With even the most rudimentary understanding of Mind, any person can use thought to solve day-to-day problems. And from that point, spiritual awareness can expand indefinitely.

The power of thought is a natural principle . All of us share unlimited access to Mind, the infinite curative power of the universe. That power- a natural Law – can operate only through our own minds. It is obedient to our expectations, it manifests exactly as we think and believe.

If you want to change any condition in your life, then “give the Law new instructions,” wrote Ernest Holmes. Through affirming and accepting the innate excellence of any circumstance, we can channel this generative energy. Our individual welfare rests neither in our luck nor in our hands – but in our minds.

A pathway to well-being. Science of mind involves affirmation rather than denial. Disease, for example, is a fact; we need not deny its existence. However, as Ernest Holmes wrote in The Science of Mind, “Disease is not a truth.” The truths within Infinite Intelligence include health, abundance, security, love, peace, and happiness – all of which make up our natural state. Anyone, by claiming those truths and acting confidently on them, can bring them into manifestation.

To practice New Thought, one need not join an organization, subscribe to a series of lesson, or forsake any other spiritual path. In fact all people are practicing the principles of New Thought right now! Most people are using the mystic law unconsciously, but some have learned to use the law consciously and thus are getting definite effects according to the causes they are putting into action. An interested person who desires more health, happiness and abundance of good in his or her life can simply pick up the book Science of Mind or one of the books on the New Thought reading list and by learning the principles of the power of mind begin consciously transforming his or her life right now!!! Or you may visit a New Thought church or pursue private study. There are 4 denominations, so there is likely to be one near you!!!

There is DivineUnity, Divine Science, Religous Science and Unity.