Anyone who wants to know the human psyche will learn next to nothing from experimental psychology.  He would be better advised to abandon exact science, put away his scholar’s gown, bid farewell to his study, and wander with human heart throught the world. 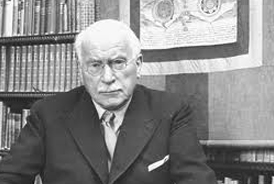 There in the horrors of prisons, lunatic asylums and hospitals, in drab suburban pubs, in brothels and gambling-hells, in the salons of the elegant, the Stock Exchanges, socialist meetings, churches, revivalist gatherings and ecstatic sects, through love and hate, through the experience of passion in every form in his own body, he would reap richer stores of knowledge than text-books a foot thick could give him, and he will know how to doctor the sick with a real knowledge of the human soul. — Carl Jung (from “New Paths in Psychology”, in Collected Papers on Analytic Psychology, London, 1916)

Freud said that the goal of therapy was to make the unconscious conscious. He certainly made that the goal of his work as a theorist. And yet he makes the unconscious sound very unpleasant, to say the least: It is a cauldron of seething desires, a bottomless pit of perverse and incestuous cravings, a burial ground for frightening experiences which nevertheless come back to haunt us. Frankly, it doesn’t sound like anything I’d like to make conscious!

A younger colleague of his, Carl Jung, was to make the exploration of this “inner space” his life’s work. He went equipped with a background in Freudian theory, of course, and with an apparently inexhaustible knowledge of mythology, religion, and philosophy. Jung was especially knowledgeable in the symbolism of complex mystical traditions such as Gnosticism, Alchemy, Kabala, and similar traditions in Hinduism and Buddhism. If anyone could make sense of the unconscious and its habit of revealing itself only in symbolic form, it would be Carl Jung.

He had, in addition, a capacity for very lucid dreaming and occasional visions. In the fall of 1913, he had a vision of a “monstrous flood” engulfing most of Europe and lapping at the mountains of his native Switzerland. He saw thousands of people drowning and civilization crumbling. Then, the waters turned into blood. This vision was followed, in the next few weeks, by dreams of eternal winters and rivers of blood. He was afraid that he was becoming psychotic.

But on August 1 of that year, World War I began. Jung felt that there had been a connection, somehow, between himself as an individual and humanity in general that could not be explained away. From then until 1928, he was to go through a rather painful process of self-exploration that formed the basis of all of his later theorizing.

He carefully recorded his dreams, fantasies, and visions, and drew, painted, and sculpted them as well. He found that his experiences tended to form themselves into persons, beginning with a wise old man and his companion, a little girl. The wise old man evolved, over a number of dreams, into a sort of spiritual guru. The little girl became “anima,” the feminine soul, who served as his main medium of communication with the deeper aspects of his unconscious.

A leathery brown dwarf would show up guarding the entrance to the unconscious. He was “the shadow,” a primitive companion for Jung’s ego. Jung dreamt that he and the dwarf killed a beautiful blond youth, whom he called Siegfried. For Jung, this represented a warning about the dangers of the worship of glory and heroism which would soon cause so much sorrow all over Europe — and a warning about the dangers of some of his own tendencies towards hero-worship, of Sigmund Freud!

Jung dreamt a great deal about the dead, the land of the dead, and the rising of the dead. These represented the unconscious itself — not the “little” personal unconscious that Freud made such a big deal out of, but a new collective unconscious of humanity itself, an unconscious that could contain all the dead, not just our personal ghosts. Jung began to see the mentally ill as people who are haunted by these ghosts, in an age where no-one is supposed to even believe in them. If we could only recapture our mythologies, we would understand these ghosts, become comfortable with the dead, and heal our mental illnesses.

Critics have suggested that Jung was, very simply, ill himself when all this happened. But Jung felt that, if you want to understand the jungle, you can’t be content just to sail back and forth near the shore. You’ve got to get into it, no matter how strange and frightening it might seem.