“Over the last 25 years, which figures have most influenced your practice?”.Overwhelmingly–as in 1982–they said, “Carl Rogers”. 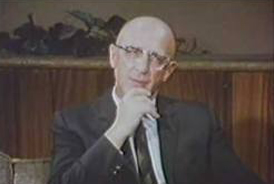 Person centered therapy makes the same impact today as it did 25 years ago. Like others in the field of humanistic psychology, I believe Roger’s theory goes to the core of who we are as human beings – afterall we are social animals.

His client centered approach relies upon attunement in the therapeutic relationship as a means to change. And as we know, the crucial importance of attunement has been borne out by extensive neuroscience research in recent years.

If your therapist says she uses a “Rogerian” or “client centered” approach here are some of the basic benefits you may experience:

The client is regarded as the “expert”.

This is a non-medical approach. Clients (not “patients”) do not require “fixing” but are valued for what they bring to the session. Psychological interpretations of one’s unconscious are also not included (so you’re safe on that count 😉

A therapist guides in a non-directive way.

This means there’s a heavy emphasis on NOT telling you what to do, but enabling and empowering you to discover your own solutions. This might be a little irritating to you if you came seeking advice. (For more insight on this subject you might enjoy reading a counseling article on advice giving.)

She will also move at a pace that you control. (From a reptilian brain point of view, you can’t get any better than that.)

Given a supportive, nurturing, caring other, human beings will thrive.

If your therapist is proficient at a client-centered approach you should feel really understood by her. The emphasis is on how you experience your world. And who wouldn’t want this!

She would be very supportive of your efforts to reach towards your potential.

The curious paradox is that when I accept myself just as I am, then I can change. —Carl Rogers

Carl Rogers before his interview with Gloria

Carl Rogers highlights elements of his model using his session with a client named Gloria. Gloria became famous as she was interviewed by three outstanding therapists of the time, Rogers being one of them. (The other two were Fritz Perls and Albert Ellis.)

Carl Rogers was best known for coining a term that is well recognized today: reflection.

Imagine you happen to say, Oh, I had a shitty day today” and your therapist remarks, “not a good day, eh?”, your therapist is making a “reflection”. She is mirroring back to you and checking in with you to see if her words capture the essence of how you feel.

What’s very important and sometimes overlooked in the Rogerian approach is that the therapist must reflect in an embodied way. If you felt that your therapist truly “sensed” what you were feeling then your therapist is doing this in the spirit of what Rogers suggested. He did not suggest that therapists merely “mouth” the words back to the client.

In some ways Carl Rogers was a man of his times. In others, I think he was ahead of his time.

Carl Rogers’ clinical approach was quite a departure from his predecessors. Rogers emphasized the therapeutic relationship in positive terms. He was one of the first psychologists to talk about optimal mental health. He engaged clients with a sincere appreciation of their own expertise in themselves. Less of an “expert” he was more a co-facilitator in clients’ own therapeutic journey.

He was enormously popular in the 60 and 70’s. His positive view of the human spirit through his “actualizing tendency” fit right in with the upbeat era. Many of his ideas are so mainstreamed I think we sometimes fail to recognize them. What budding new therapist doesn’t understand “reflection” for instance.

I think Dr. Rogers would be very pleased with the current emphasis on the “present moment” as described by Daniel Stern and “attunement” as described by Allan Schore. Rogers’ description of the necessity of a therapist to be “congruent and genuine” suggests to me that therapists would only attain this state if they were as Daniel Siegel suggests, “neurally integrated”.

In other words, I think Rogers would recommend that therapists do their own work if they are to be as engaged as he describes.