by Earl Nightingale: James B. Conant, when he was president of Harvard University, commented that each honest calling,  each walk of life has its own elite, its own aristocracy, based upon excellence of performance. 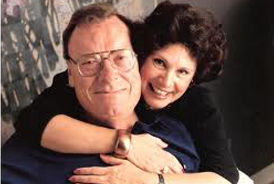 That’s beautiful.  People in every field of human endeavor will agree with that remark.

Aristotle said, “Excellence is an art won by training and habituation.  We do not act rightly because we have virtue or excellence, but we rather have those because we’ve acted rightly.”  We are what we repeatedly do.  Excellence then is not an act but a habit.  By judging the excellence of our work, or lack of it, we can tell if we’re in the right calling.  If it’s of paramount importance to us to strive for excellence in what we do, chances are we’re in the kind of work we’re best fit or at least one of the fields for which we’re qualified.

One of the problems of the businessperson is that after developing and profiting from a good idea, he or she will tend to stay with it in unchanging form too long.  For some things that’ll work.  But for most things it won’t.  They need continual updating.  We need to ask ourselves at regular intervals a number of times each year how can we make it better, more efficient, how can we bring it up to the highest standards.

People will cling to an idea as though it’s the best, if not the only idea they’ll ever get.  And when we’re creating or building something, are we anticipating the future?  A good example of foresight is found in the main streets of towns and cities built by the Mormons when they moved west.  They rode horses and drove wagons then, but they built broad, beautiful streets that easily accommodates the heavy automobile traffic of today.  We tend to cling too long to past successes, systems, and methods.  If it’s working well today, look at it with the future in mind.  We’re seeing an accelerating rate of change unprecedented in history.  And because so many businesses are still living in the past, there are vast opportunities on practically every side.

How many businesses in your town haven’t made a single change in 20 years?  In some cases that may work.  An example may be a fine old restaurant that’s perhaps better now because of its age and strict adherence to quality.  But the businesspeople of a community owe it to their customers and the community to keep abreast of excellence, to put part of their profits back into the business to accommodate changing times and tastes.

As James B. Conant said, “Each honest calling, each walk of life, has its own elite, its own autocracy, based upon excellence of performance.”  And that applies to every field of human endeavor.

There’s an old adage in the publishing and printing industry that goes something like this, “The quality of your proofreading will be appreciated long after your speed has been forgotten.”  And the same principle applies to practically everything we do in life.  Once we’ve finished a piece of work, whether it’s a book, a symphony, a manufactured product, or even a sales presentation or a speech, the only thing that really counts is the quality and integrity of the completed product.  Very few people who see, hear, or experience the finished work will know or even care how rapidly it was put together.  The things we treasure in life are most often those things that were not produced in a hurry.  And we can see a return to the old ways of quality first and speed second in many of the better products being marketed today.

In this era of increasing pressures and tensions, it often seems that we tend to put an unjustified premium on how quickly a given job can be accomplished.  And it’s a good idea to pause once in a while to remind ourselves that in the final analysis, it’s the quality of our work that’s most important, not how fast we were able to turn it out.

If you want quality custom furniture, you may be surprised at how long it takes. They may keep you waiting months — maybe even a year — for the furniture you order.  They don’t like to keep you waiting, but they won’t compromise the quality.  So if you want that particular item, you wait.  There’s a tremendous opportunity in virtually every field for the person of dedication who has the willingness to work, to succeed by turning out a truly quality product.

There’s a man of my acquaintance who earns all the extra money he can use by working as a handyman.  He has back orders stacked a foot high.  He charges a good rate for his work, but his work is really first-rate; it’s excellent.  No matter what you might need done around the house, painting or repairing of any kind, he can do it and do it beautifully.  As a result, he decides on his own income; he can live where he pleases and work where he pleases.  He’s got it made.

There’s nothing in the world that I can think of that cannot be made better, that cannot be improved on.  When you find a way to improve on whatever it is, there’ll be people waiting to buy it.  Quality in a person or a product or a service is sought by everyone.  You have only to think of what you’d most enjoy doing and find a way to do it better to put in more quality, and you just might have everything that you want, too.

The Magic of a Name

A friend of mine passed along to me an old out-of-print book entitled The Magic of a Name.  It’s about the beginnings of the Rolls-Royce automobile, written by Harold Nichols and first published in 1938.  It makes interesting reading.  But the point that underlies the story is the fact that the originator of the Rolls-Royce automobile, Henry Royce, was an indefatigable perfectionist.  He didn’t invent the automobile; he just wasn’t happy with it.  He thought it was too noisy for one thing and too heavy and inefficient.

And so it happened that in Manchester, England, on April 1st, 1904, there came into being a motorcar unlike any other that had been seen or heard before.  As Harold Nichols put it, “Say for a gentle ‘futt, futt, futt, futt”‘ from its exhaust pipe, it made no noise at all.”  There was no clatter from the engine, no grinding from the gears and back axle.  And this comparative silence in the days when the noise of a motor car had been likened with deadly accuracy to an avalanche of tea trays was something to marvel at, indeed.

At the wheel of this miraculous machine sat a bearded figure of some 40 years of age whose piercing eyes were lit with a gleam of triumphant concentration.  It was Henry Royce, later Sir Henry, the perfectionist.

The trade name, Rolls-Royce, went on to become synonymous with anything excellent or outstanding.  The Spitfires in the Battle of Britain in 1940, which had Rolls-Royce engines, were a big factor in winning that war.  In fact, there’s a beautiful stained glass memorial window at the Rolls-Royce aircraft engine plant commemorating the pilots of the Royal Air Force.  And it reads, “Who in the Battle of Britain turned the work of our hands into the salvation of our country.”

But the point I want to make is that to become successful and outstanding at something, we don’t have to come up with something new.  We need only find ways of doing it better.  If you’ll think about it, it’s the key element in virtually all success stories:  Hilton Hotels, Holiday Inns, Kentucky Fried Chicken, McDonald’s Hamburgers.  The list is endless.  If you want to succeed at something, just do it better.

Henry Royce was so wrapped up in the business of producing a superior automobile he would forget to eat for days at a time and would sleep on a bench in the foundry.  A boy was hired to follow him around with a glass of milk and some bread so he wouldn’t get sick from malnutrition.

He once heard a mechanic make the statement, “Okay, that’s good enough,” and they almost had to tie him down.  Nothing was good enough for him.  And his name and the name of his salesman/distributor/partner, C.S. Rolls, is a symbol of quality.

It’s the same in every field.  Give your endeavor the kind of study and all-out dedication that Royce gave to his cars, and your name will someday stand like some of those I mentioned.

I remember reading a few years ago about a Canadian farmer who sold his Stradivarius violin for, I think, about $60,000.  Stradivarius violins are worth much more than that now.  He sold it back to the same New York City dealer he’d bought it from many years before and for the same price.  The farmer sold his precious violin by the world’s most famous violin craftsman because, as he put it, “I’m getting old, and I have no children to leave it to.”  By getting it back into the hands of the dealer, he knew that it would get into the hands of someone who would treasure it as he had.

Antonio Stradivari, the Italian violin maker, lived from 1644 to 1737, that’s 93 years — a remarkable lifespan in a time when the average life expectancy was perhaps about 30.  He lived for his work, and his work has lived on after him. He worked alone, although later in life his sons helped him.  His tools were rather primitive by our standards, but that was not important.  He put himself and his genius into his work.  And his instruments sang with a power and poignancy, a purity that, in the hands of a fine violinist, delighted all who heard them.

When he was finished with an instrument and was sure that it was up to his personal standards, he signed his name to it.  And still today, his name is famous the world over and his fine instruments are still delighting millions.

Throughout history there have been many with similar standards of excellence in many fields.  William Shakespeare, Leonardo da Vinci, craftsmen such as furniture maker Thomas Chippendale and silversmith Paul Revere.  Everything they did was done exceptionally well.  Not because there was any pressure, other than their own insistence on excellence beyond the reach of others of their time.

A good violinist can give you the names of other violin makers who are great and whose instruments are cherished.  And it’s the same in all fields.  There are many thousands of craftsmen and -women who will not turn out shoddy or even ordinary work and who would be glad to sign their names to their work.  The respect for excellence never changes.  It still commands the highest price.  It’s still revered wherever we find it.  And the people performing the work have gained for themselves two precious assets. One, they’ve gained the kind of security that lasts a lifetime. Of course, they never need worry about income;  there’s always a ready market for the best.  And, two, their work is a source of satisfaction and joy to them.  They derive deep satisfaction from being uncommon people, turning out uncommonly fine products or services.  Would you be willing to sign your name to what you do?  I think most of us would.  Our work, after all, is a kind of mirror of ourselves.