by Vikki Brock: Fritz Perls (1893-1970), was a German born psychotherapist who coined the term “Gestalt therapy” for the approach to therapy he developed with his wife Laura Perls in the 1940s. 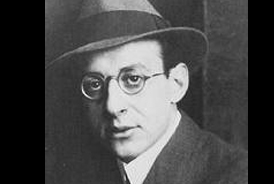 He led Gestalt therapy in the 1950s and 1960s, which had a large influence on personal growth and development. Along with humanist psychologists Carl Rogers and Albert Ellis, he described the importance of therapist-client fit over the technique used.

Perls became associated with the Esalen Institute in California in 1964. A resident at Esalen before his death in 1970. Marilyn Atkinson, founder of Erickson International, studied with Perls and was actually at Esalen the day he died.

According to Patrick Williams and Marilyn Atkinson, his empty chair technique, conversing with different parts of self, paying attention to body and somatic expressions, has been adapted to coaching. Gestalt also emphasized ‚Äö√Ñ√∫being in the here and now‚Äö√Ñ√π and taking responsibility for our choices. These elements remain critical to successful coaching today.

Who else has studied Fritz Perls techniques and applied them to coaching?